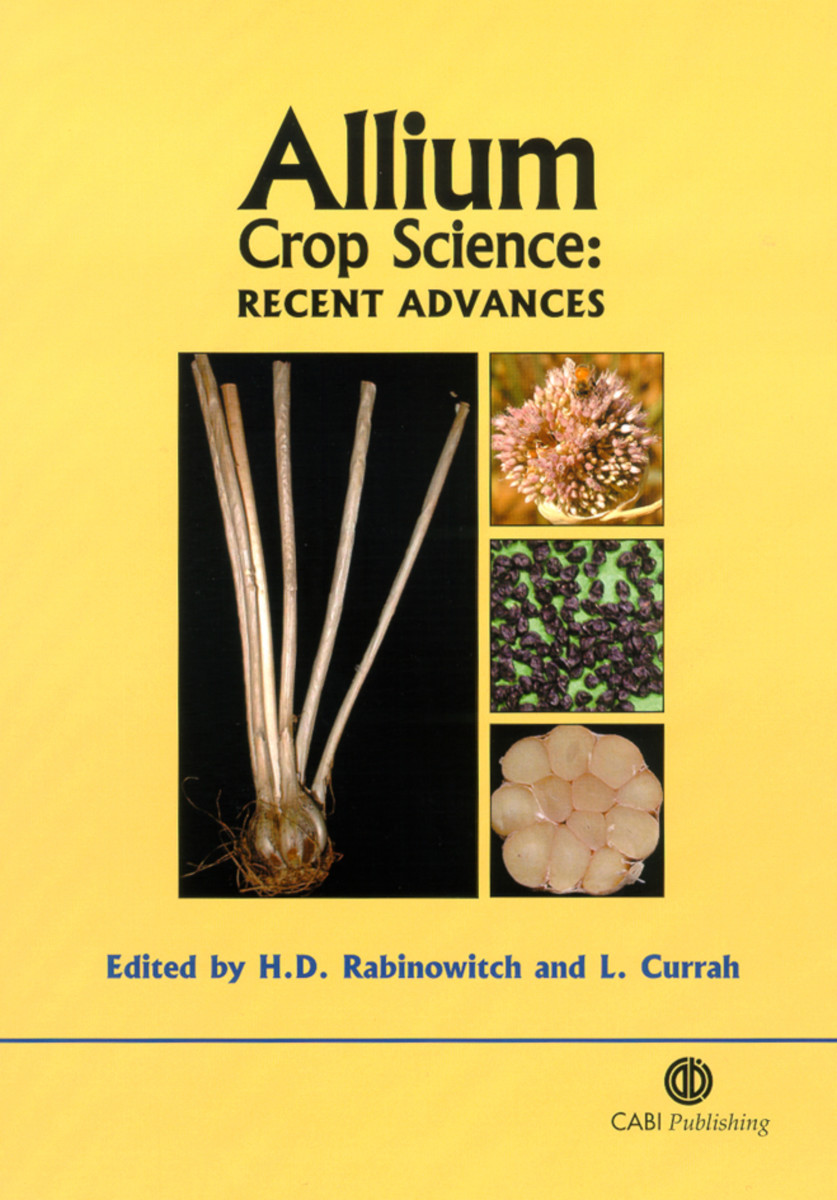 The Alliums are some of the most ancient cultivated crops and include onions, garlic, leeks and other related plants. The primary aim of this book is to bring together, in a single volume, up-to-date knowledge obtained by a variety of scientific disciplines, from the basic molecular level, to application in the field, of the allium crops. It contains commissioned chapters on topics that have shown major advances particularly in the last 10 years such as molecular biology, floriculture and agronomy. Contributors include leading world authorities from Europe, the USA, Japan and New Zealand.

"All chapters of this book are written in a good literary style, easy to read and understand."... "I do recommend it also as a reference publication for researchers, students and extension workers interested in one or more of the specific subject areas."

"This book will be of value to all those interested in the biological aspects of alliums, as well as scientists, horticulturalists and botanists."

Haim Rabinowitch obtained his academic education in plant physiology and genetics at the Hebrew University of Jerusalem. He worked as a Postdoctoral Scientist at The John Innes Institute (Norwich England) and at the Wageningen Agricultural University (Holland) before recruited as a staff member at the Hebrew University of Jerusalem. He spent three sabbaticals at Duke University Medical Center, Department of Biochemistry. In addition to research, teaching, and supervision, Haim served as elected Head of the Department of Field and Vegetable Crops, elected Head of Faculty Research Committee, elected Faculty Dean and elected University Rector. His research interests include physiology of vegetable crops with special emphasis on flowering, setting and seed production; Physiology and potato breeding. Haim shared the idea and actual introduction of genes for long keeping in tomatoes, the development and introduction of cherry tomatoes as a standard commodity, and later that of cluster tomatoes. He headed a leading ream of plant breeders and released more than a hundred salad and cherry tomato hybrids, as well as short-day onion hybrids, short day seed propagated shallot hybrids, and currently he jointly leads a large-scale garlic breeding program aiming at seed propagated hybrid garlic. He supervised about 80 graduate students, published about 150 scientific papers, chapters in books, and edited books on alliums.