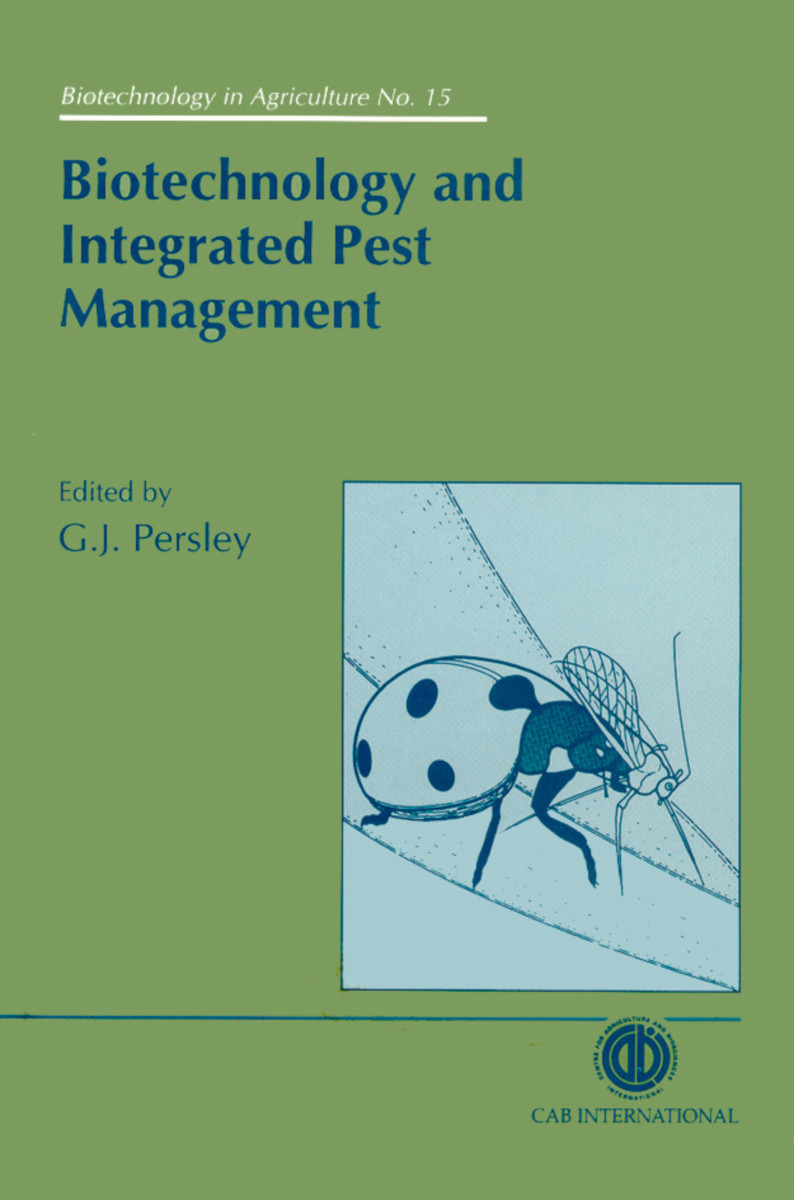 Proponents of Integrated Pest Management (IPM) advocate its use to reduce or eliminate the use of chemical pesticides in agriculture, since excessive pesticide use may be a threat to both human health and the environment. Proponents of biotechnology believe that the use of novel products, such as transgenic plants with insect resistance, will reduce the need for chemical pesticides. However the use of such novel products within IPM systems may also create potential risks. This volume reviews such issues and discusses the potential benefits of and constraints to the applications of biotechnology in IPM systems, especially in developing countries. It also considers the related policy issues confronting decision-makers in national agricultural research systems and international development agencies. The book consists of revised versions of papers presented at a conference hosted by the Rockefeller Foundation and held in Bellagio, Italy in October 1993.

Gabrielle J. Persley has worked both as a researcher and as a senior strategic science leader, with some of the world's leading agricultural and development agencies, including several years as the World Bank's Biotechnology Advisor. Currently she is the Research Director of the Crawford Fund Australia, based at the Global Change Institute, University of Queensland. Professor Persley is also the Founder and Chair of the Doyle Foundation, Scotland, which advocates the role of science and technology in development, especially in Africa. She is a senior advisor to the International Livestock Research Institute and the Biosciences eastern and central Africa (BecA) in Kenya. Professor Persley has a PhD in Microbiology from the University of Queensland, based on her research on bacterial diseases of cassava in Africa. The University of Queensland awarded Professor Persley the Vice Chancellor's Award for Excellence in 2014 for her work in international science and technology in relation to food security.