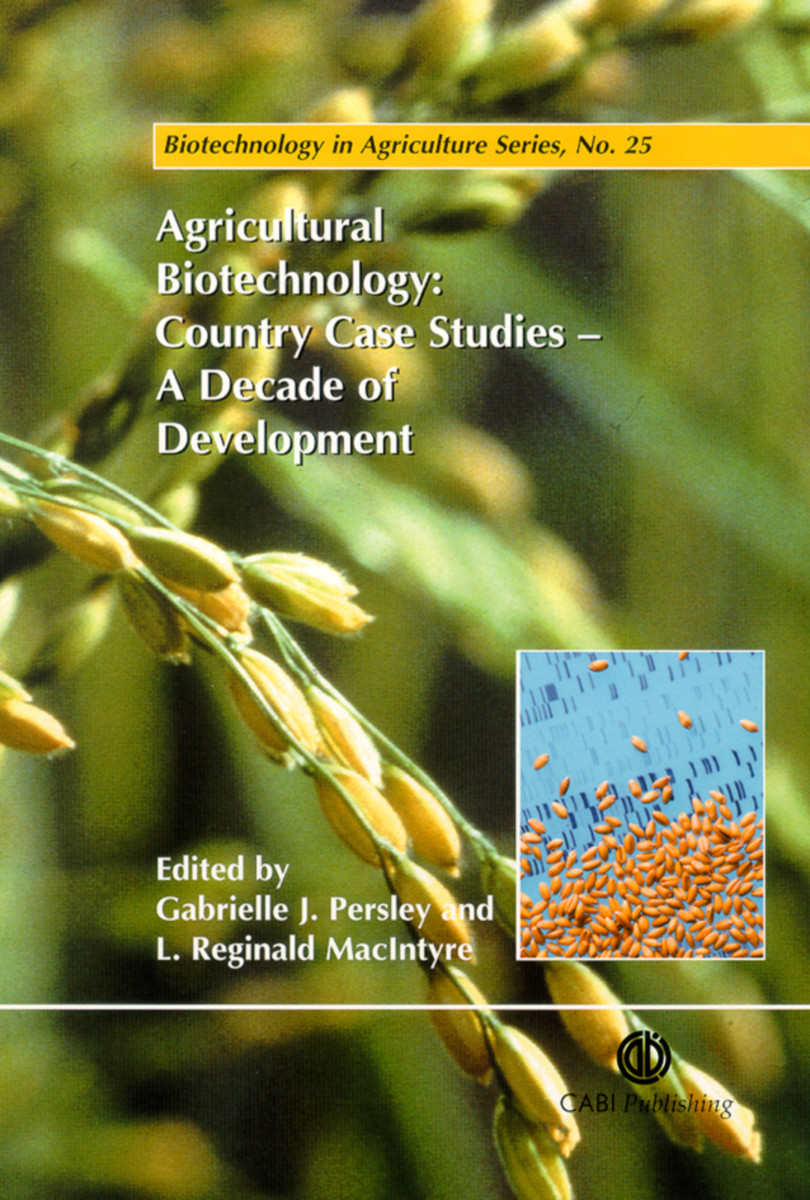 Following on from earlier titles in this series, this volume presents further material generated by the World Bank/ISNAR/Australian government biotechnology study. It covers the present status and future prospects for the application of biotechnology to solve agricultural and environmental problems in a number of developing countries. Particular focus is given on to developments that have taken place over the last decade.

Gabrielle J. Persley has worked both as a researcher and as a senior strategic science leader, with some of the world's leading agricultural and development agencies, including several years as the World Bank's Biotechnology Advisor. Currently she is the Research Director of the Crawford Fund Australia, based at the Global Change Institute, University of Queensland. Professor Persley is also the Founder and Chair of the Doyle Foundation, Scotland, which advocates the role of science and technology in development, especially in Africa. She is a senior advisor to the International Livestock Research Institute and the Biosciences eastern and central Africa (BecA) in Kenya. Professor Persley has a PhD in Microbiology from the University of Queensland, based on her research on bacterial diseases of cassava in Africa. The University of Queensland awarded Professor Persley the Vice Chancellor's Award for Excellence in 2014 for her work in international science and technology in relation to food security.