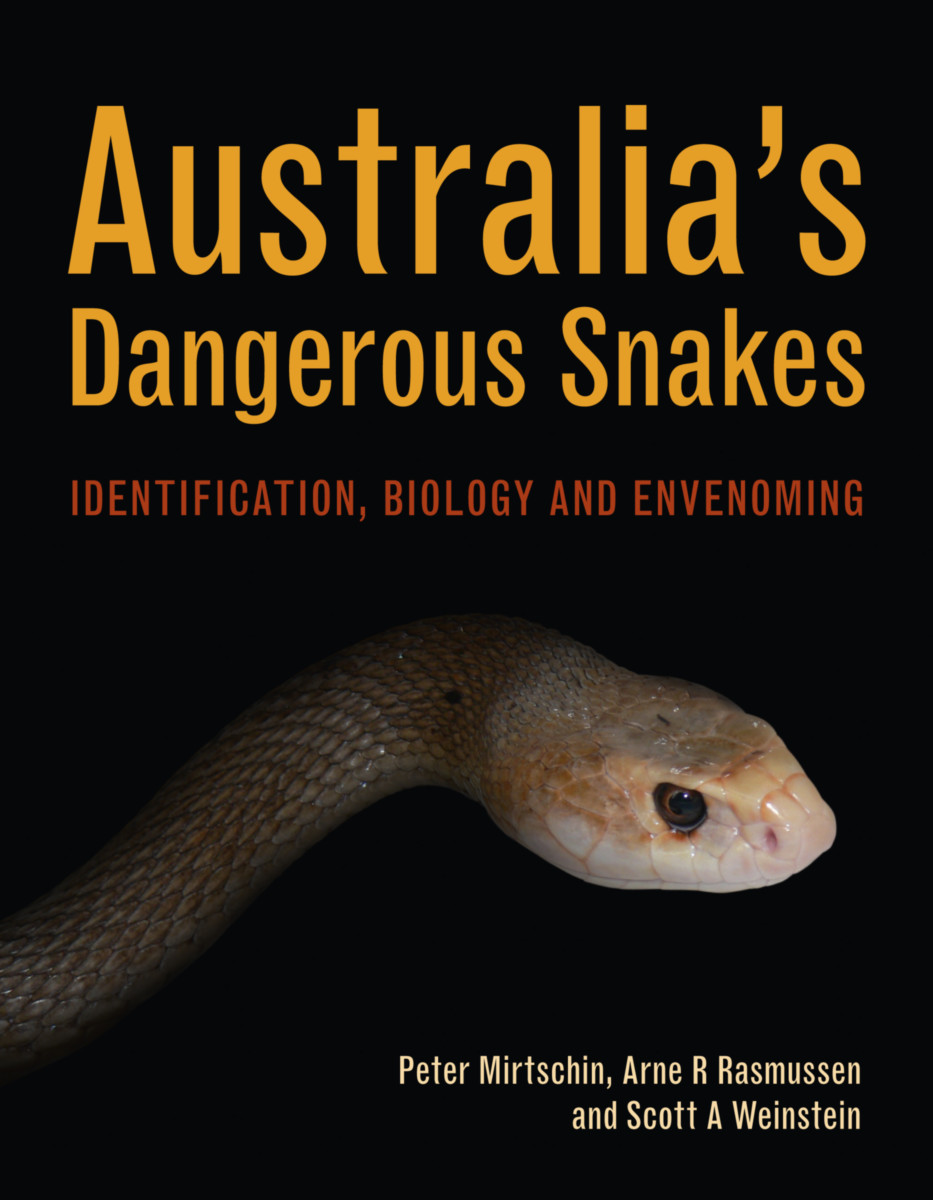 Australia’s venomous snakes are widely viewed as the world’s most deadly and are regarded with cautious curiosity, fascination, and regrettably, fear. Australia’s Dangerous Snakes examines the biology, natural history, venom properties, and bite treatment of medically-important, venomous marine and terrestrial snakes. It contains comprehensive identification profiles for each species, supported by keys and photographs. In addition to their medical importance, the environmental roles of these snakes and the threats that are causing the decline of many of these reptiles are discussed. Drawing on the authors’ experience in the fields of herpetology, toxinology, and clinical medicine, this book stimulates respect and admiration and dispels fear of Australia’s fascinating snakes.

Australia’s Dangerous Snakes will provide hours of rewarding reading and valuable information for anyone interested in Australia’s unique wildlife and natural history, and it will be an essential reference for herpetologists, toxinologists, physicians, zoo personnel, and private snake collectors.

Peter Mirtschin is the founder of Venom Supplies, which supplies both Australian and exotic snake venoms for research, antivenom, and therapeutic applications. He has published over 70 scientific papers on venom research, snake ecology, conservation, and snake behavior as well as several books on Australian dangerous snakes. Peter was featured in several television documentaries, being an ardent results-driven conservationist.

Arne Rasmussen is an Associate Professor at The Royal Danish Academy of Fine Arts, School of Conservation in Copenhagen, Denmark. He has been a researcher on sea snakes for about 30 years, mostly conducting taxonomic research in Asian and Australian waters, and has contributed to over 100 peer-reviewed publications.

Scott Weinstein is a clinical toxinologist, family physician, and herpetologist. His extensive experience in clinical and research toxinology includes comprehensive treatment of envenoming, mushroom and poisonous plant intoxication, and identification of the evidence-based risk of venomous snakes of little-known medical importance. He has published over 100 peer-reviewed publications on toxinology, herpetology, and medicine. He is currently a Clinical Associate Professor with the University of Adelaide School of Medicine.

excerpt excerpt
   Request A
OR