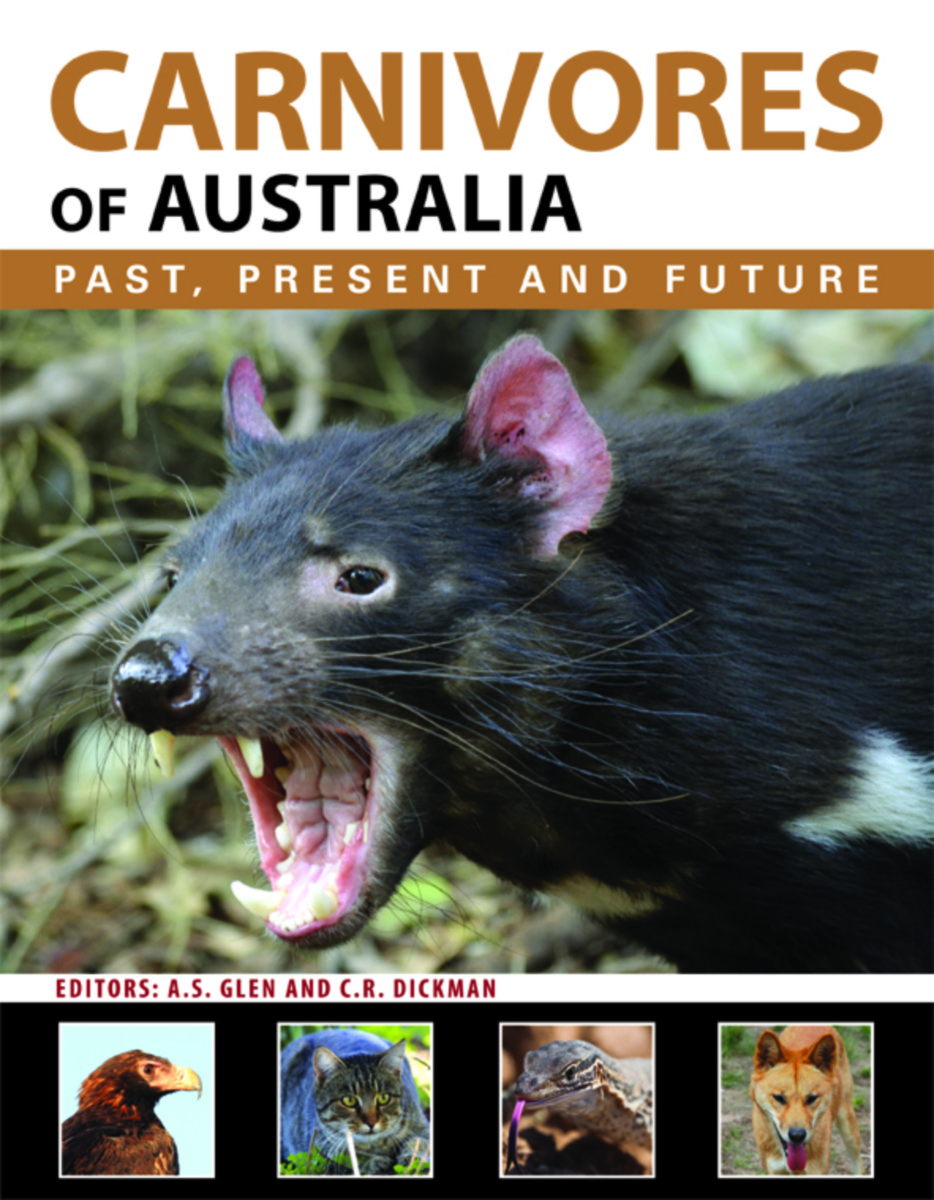 Past, Present and Future

The Australian continent provides a unique perspective on the evolution and ecology of carnivorous animals. Since European settlement, Australia has seen the extinction of one large marsupial predator (the thylacine), another (the Tasmanian devil) is in danger of imminent extinction, and still others have suffered dramatic declines. By contrast, two recently-introduced predators, the fox and cat, have been spectacularly successful, with devastating impacts on the Australian fauna.

Carnivores of Australia: Past, Present and Future explores Australia’s unique predator communities from prehistoric, historic and current perspectives. It covers mammalian, reptilian and avian carnivores, both native and introduced to Australia. It also examines the debate surrounding how best to manage predators to protect livestock and native biodiversity.

By emphasizing Australian carnivores as exemplars of flesh-eaters in other parts of the world, this book will be an important reference for researchers, wildlife managers and students worldwide.

1. The importance of predators
2. The rise and fall of large marsupial carnivores
3. Giant terrestrial reptilian carnivores of Cenozoic Australia
4. The arrival and impacts of the dingo
5. The new guard: the arrival and impacts of cats and foxes
6. Management of wild canids in Australia: free-ranging dogs and red foxes
7. When is a dingo not a dingo? Hybridisation with domestic dogs
8. Measuring and managing the impacts of cats
9. Australia’s surviving marsupial carnivores: threats and conservation.
10: Micro-carnivores: the ecological role of small dasyurid predators in Australia
11. Reptilian predators: the forgotten majority?
12. Fur, feathers and scales: interactions between mammalian, reptilian and avian predators
13. Strongly interactive carnivore species: maintaining and restoring ecosystem function
14. Protecting livestock while conserving ecosystem function: non-lethal management of wild predators
15. The role of predator exclosures in the conservation of Australian fauna
16. Concerns over management intensity: a framework for threatened species and predator management.
17. Olfaction and predator-prey interactions amongst mammals in Australia
18. Carnivore communities: challenges and opportunities for conservation.

Alistair S. Glen has been researching carnivores for 15 years, has advised various Australian and international governments on management and conservation of carnivores, and received numerous awards including the Invasive Animals CRC Chairman’s Award for Scientific Excellence in 2007.

Chris Dickman is at University of Sydney and is an expert in the ecology of Australian mammals. His previous books include the Whitley Medal-winning A Fragile Balance: The Extraordinary Story of Australian Marsupials and Secret Lives of Carnivorous Marsupials.