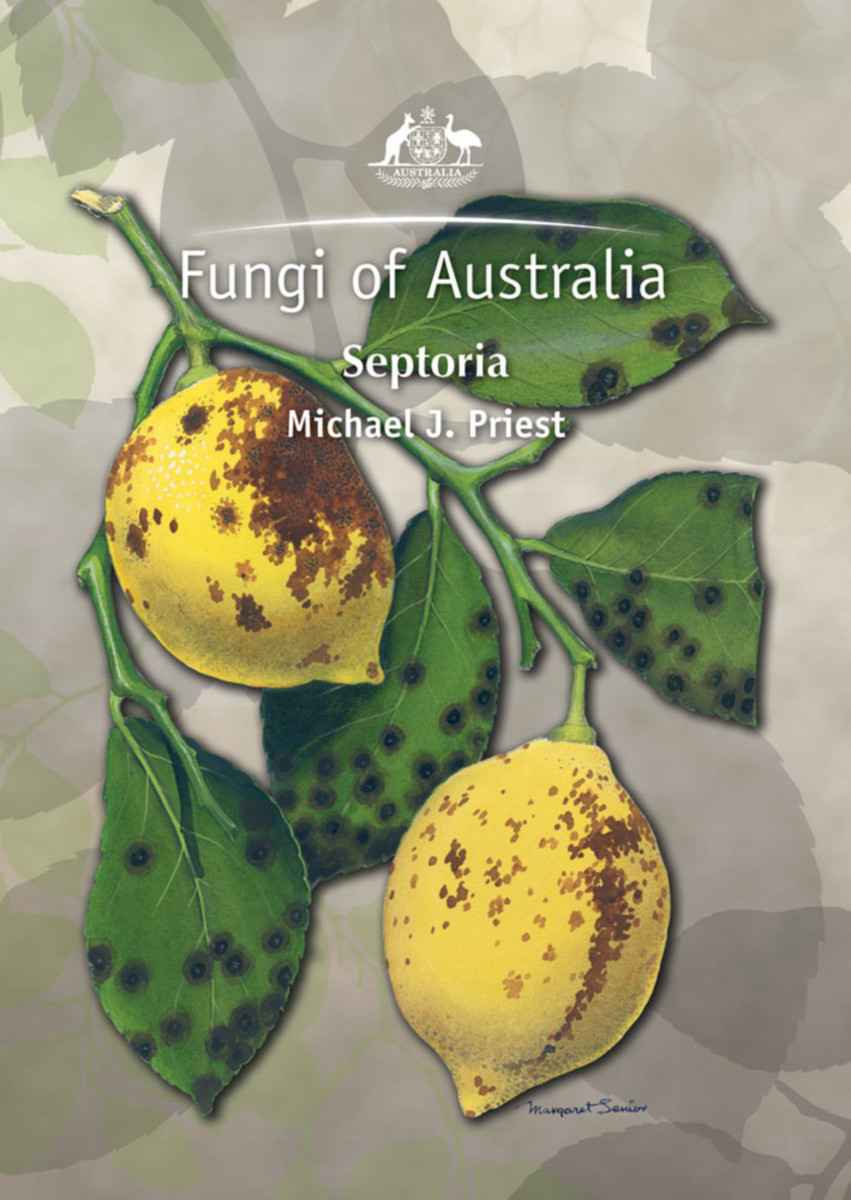 Fungi are a fundamentally important group of organisms, essential to nutrient cycling and recycling, and to the health of most plants and animals. Of the estimated 250,000 species of fungi in Australia only about five percent have been described. This series will provide a major impetus for research on the balance.

The Fungi of Australia series documents indigenous and naturalized fungi found in Australia and its territories, providing the basic systematic data necessary for issues relating to conservation, biological diversity and biotechnology.

Individual titles will provide keys for identification, as well as descriptions, illustrations, notes on ecology, distribution maps and bibliographic information for each species. The series will become an important baseline reference for those interested in Australian mycology.

This series is co-published by CSIRO Publishing and the Australian Biological Resources Study.

The anamorphic fungal genus Septoria is one of the largest genera of plant pathogens, causing a range of disease symptoms including leaf and fruit spots in agricultural crops, as well as horticultural and native plants. These fungi are known to infect hosts in 54 families of flowering plants in Australia, most notably the Asteraceae (daisies and their relatives) and the Poaceae (grasses).

This authoritative account, the first overview of the Australian taxa, documents 132 species of Septoria, its teleomorph Mycosphaerella and six related genera. Eleven species are described as new to science, and 64 names are regarded as doubtful or are excluded from the Australian mycota. A comprehensive introduction to Septoria and its allies is followed by detailed descriptions and illustrations of each taxon.

"This book is essential for anyone who may have to identify a species of Septoria no matter where in the world it may exist… Congratulations to Michael Priest for a very fine contribution to mycology as well as to the government of Australia for recognizing the importance of knowing the biodiversity of fungi in their country." -- Amy Y. Rossman, Inoculum

"At last mycologists and plant pathologists have a monograph of Septoria… The monography will be very welcome on mycology bookshelves all over the world." -- Ian Pascoe, Australian Systematic Botany Society Newsletter