Thomas J. Simonsen was born in Denmark in 1972 and received his MSc (2000) and PhD (2004) from the University of Copenhagen. Between 2005 and 2009, he was a Postdoctoral researcher at the University of Alberta in Edmonton, Canada. From 2009 to 2015 he was a research scientist at the Natural History Museum in London, UK, and since 2015 he has been researcher and curator of entomology at the Natural History Museum of Aarhus in Denmark. During his career, he has worked on taxonomy, evolution, diversity and biogeography of primitive moths (including Hepialidae), the micro-moth family Pyralidae, and butterflies. 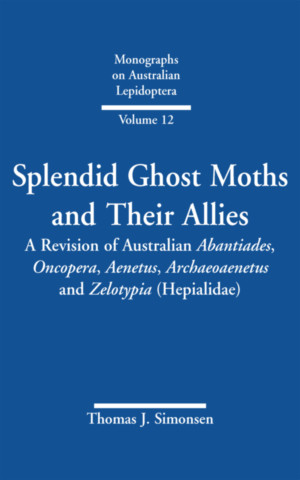 Splendid Ghost Moths and Their Allies