“This is a book you will want to read if you are a parent, a teacher, a teacher educator.”

The rise of high-stakes testing in New York and across the nation has narrowed and simplified what is taught, while becoming central to the effort to privatize public schools. However, it and similar reform efforts have met resistance, with New York as the exemplar, for how to repel standardized testing and invasive data collection, such as inBloom. In New York, the two parent/teacher organizations that have been most effective are Long Island Opt Out and New York State Allies for Public Education. The opt-out movement has been so successful that 20% of students statewide and 50% of students on Long Island refused to take tests. In Opting Out, two parent leaders of the opt-out movement—Jeanette Deutermann and Lisa Rudley—tell why and how they became activists in the two organizations. The story of parents, students, and teachers resisting not only high-stakes testing but also privatization and other corporate reforms parallels the rise of teachers across the country going on strike to demand increases in school funding and teacher salaries. Both the success of the opt-out movement and teacher strikes reflect the rise of grassroots organizing using social media to influence policy makers at the local, state, and national levels.

From Diane Ravitch, Research Professor of Education, New York University Founder and President of the Network for Public Education (NPE)

“I am pleased to endorse this very important and informative book about the origins, the goals, and the accomplishments of the parent-led Opt-Out Movement in New York. The public needs to know why parents like Jeanette Deutermann and Lisa Rudley devoted their time to fighting the testing regime. It needs to know how pointless the tests are. It needs to understand how a small group of parents, without financial support, were able to persuade the parents of 200,000 students to join them in refusing to submit their children to tests that lasted for hours and had no diagnostic value whatever for the students. They and the other leaders of this movement are heroes of our age.”

From the foreword by Amy Stuart Wells, Teachers College, Columbia University and past president (2018-2019) of the American Educational Research Association.

“The story of the United States surrendering its control over how our children are educated to global corporations and the efforts of some advocates to fight back is profiled in this important book, which presents a case study of New York State-based movement of parents, educators and local advocates to enable students to opt out of the state-mandated tests. There are important lessons to be learned from the Empire state…. The larger context of New York and other states with similar stories is also important in helping us understand how our nation became so addicted to standardized testing and why it is so politically difficult to recover, detox and embrace education reform that supports and democratizes meaningful teaching and learning.”

From Michael W. Apple, University of Wisconsin, Madison and author of The Struggle for Democracy in Education

“Opting Out documents one of the most important movements in education today. It helps us answer a crucial question: Can communities act back against the standardized testing regimes that dominate our schools? By centering the voices of community members who are actively engaged in acting back against these policies and practices, Opting Out provides us with a sense of real possibilities.”

David Hursh is a professor in education at the Warner School, the University of Rochester. He has researched, written, and taught about numerous aspects of education, including neoliberalism and environmental health. Over the last several years he has focused on the politics of high-stakes testing and written two books: High-Stakes Testing and the Decline of Teaching and Learning: The Real Crisis in Education (2008) and The End of Public Schools: The Corporate Reform Agenda to Privatize Education (2016). He is an associate editor of the Journal of Education Policy.

Jeanette Deutermann is the volunteer director and administrator of Long Island Opt Out and the co-founder of NYS Allies for Public Education (NYSAPE). She holds a BS degree from SUNY Brockport and lives in Bellmore, Long Island, with her husband and two children.

Lisa Rudley is a founding member and volunteer executive director of NYS Allies for Public Education (NYSAPE). She currently lives in Briarcliff Manor, New York, with her family. She serves as the President of the Ossining School District board and is a Senior Account Executive at Passport for Good. Lisa holds an MBA from Fordham University.

Sarah McGinnis is originally from Ottawa, Ontario, Canada. She received her undergraduate degree from Houghton College, New York, and her master’s from the University of Rochester, where she discovered the world of educational research. She is currently a doctoral student at the University of Ottawa.

Amy Stuart Wells is a Professor and the Director of the Sociology and Education Program at Teachers College, Columbia University. She also directs several research projects, including The Public Good, a Public School Support Organization (PSSO) that applies educational research to help sustain equitable and socially just integrated K-12 schools. Wells was the 2018-19 President of the American Educational Research Association (AERA), one of the largest research associations in the world. Wells’ research examines the intersection of racial inequality and educational policies. Her most recent publication is Wells, A.S.; Cordova-Cobo, D.; Keener, A. and Cabral, L. (in press, December 2019). “The More Things Change, the More They Stay the Same: The Resegregation of Public Schools via Charter School Reform.” The Peabody Journal of Education.

READ ABOUT Opting Out IN THE PRESS 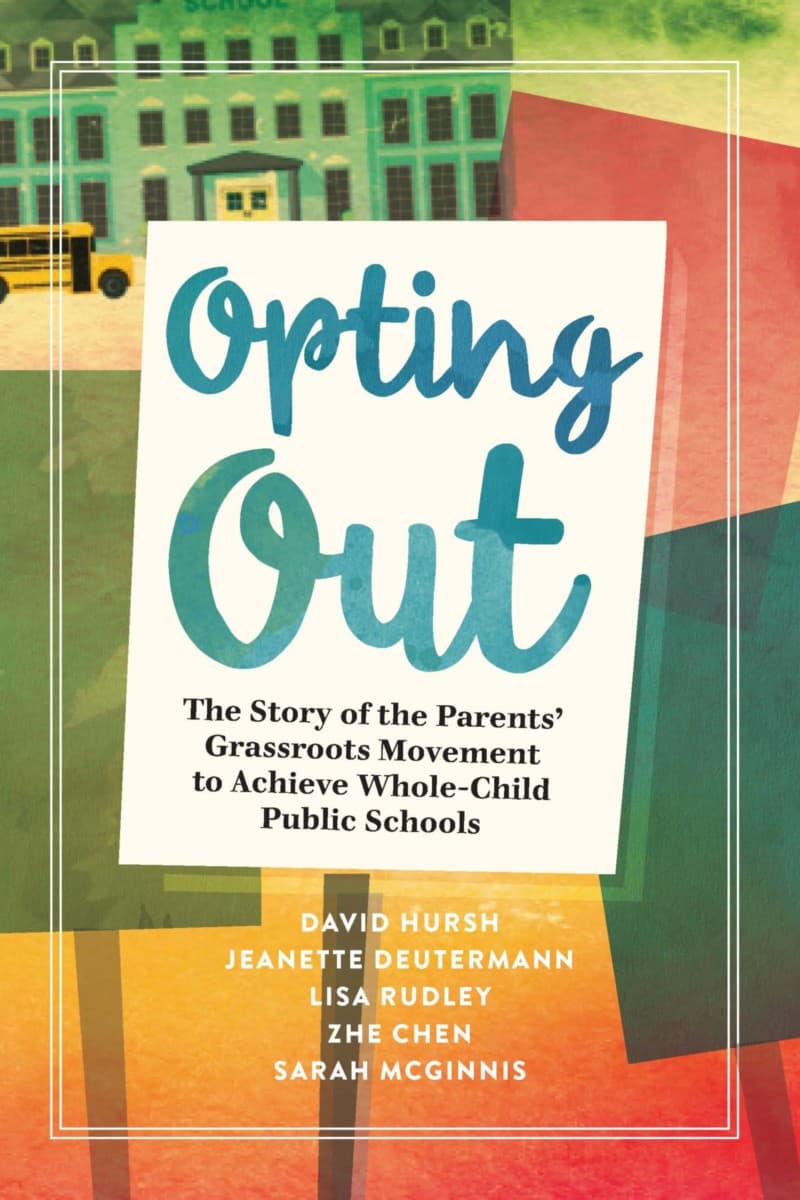 SPECIAL OFFER! Order through this website and buy the book for $19.00