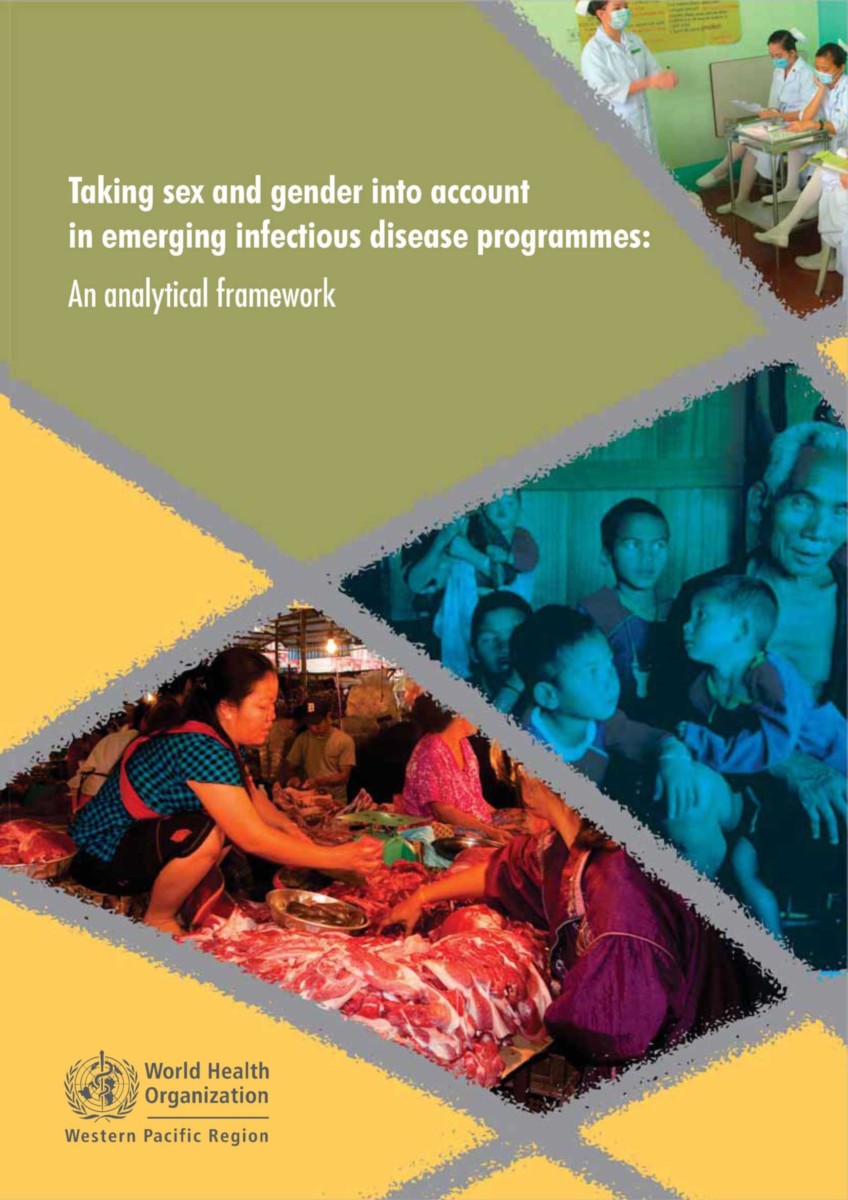 Traditionally, little attention has been paid to sex and gender differences in infectious diseases. The general belief has been that since infectious diseases affect both males and females, it is best to focus public health attention during an outbreak on control and treatment, and to leave it to others to address the social problems, such as gender inequalities, after an outbreak has ended.

While this view is understandable, this document demonstrates that gender analysis is not a diversion for the control and prevention of emerging diseases. On the contrary, it shows that understanding the interaction between gender roles and infectious disease can lead to important insights into transmission patterns and to strategies for outbreak prevention and control, thereby reducing disease transmission and increasing cooperation with public health interventions and the uptake of health promotion and protection measures. This means that considering male-female differences can increase the efficacy of disease control programs, and the likelihood of better outcomes. At the same time, such considerations can reduce health inequalities between men and women and in some instances, reduce discrimination based on sex and thereby promote human rights.