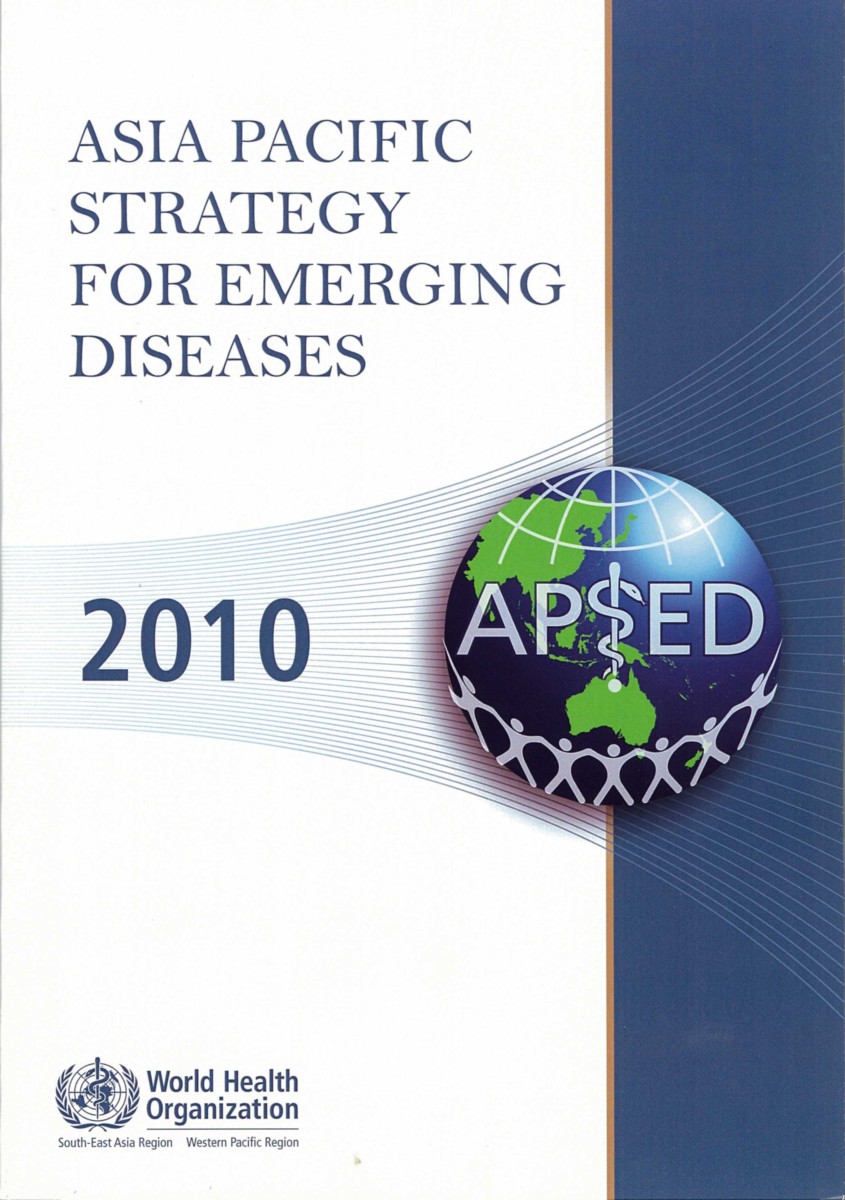 The Asia Pacific Strategy for Emerging Diseases (APSED) was launched in 2005 as a common strategic framework for countries and areas of the region to strengthen their capacity to manage and respond to emerging disease threats, including influenza pandemics. Over the past five years, considerable progress has been made in the development and strengthening of the required core capacities. APSED 2010 will be implemented by building on the achievements of the original APSED, while recognizing variations in existing capacity levels across countries. It is intended that APSED 2010 will further support progress towards meeting International Health Regulations (2005) obligations and consolidate gains already made in establishing collective regional public health security. While APSED 2010 continued to focus on emerging diseases, it also seeks to maximize the benefits already achieved by widening its scope to include other acute public health threats and by identifying additional areas of synergy and special situations to which the Strategy can make important contributions.

APSED (2010) seeks to provide a common framework for countries, WHO and partners to work together to enhance regional defence against public health threats.