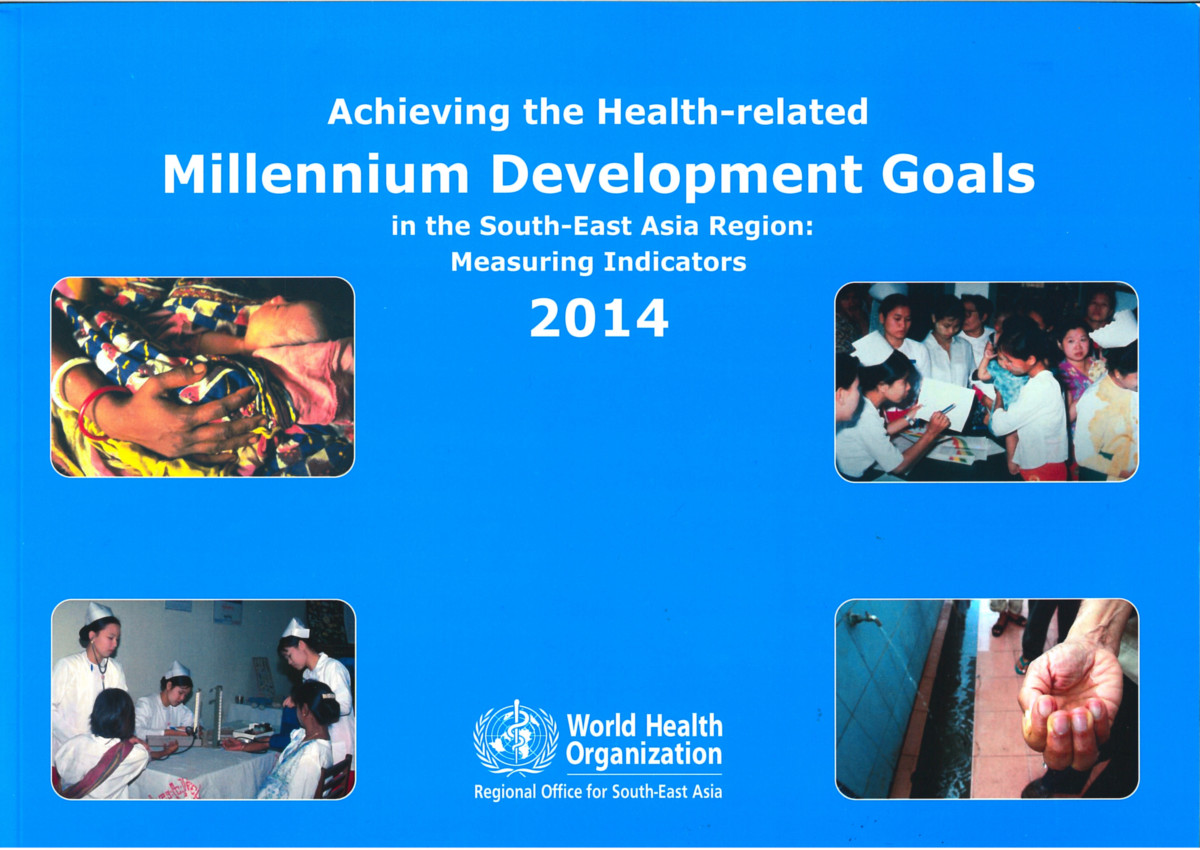 Member States of the World Health Organization (WHO) South-East Asia Region have made considerable efforts to provide an extra surge towards achieving the targets set by the United Nations (UN) Millennium Declaration in 2000--the core values of which are enshrined in the Millennium Development Goals (MDGs).

Since 2000, these goals have been an important yardstick for the international community to measure its progress on selected vital health and socioeconomic indices. Tracking and measuring the progress towards achieving the MDGs has been a challenge for individual countries as well as the global community. To operationalize and monitor progress towards achieving the MDGs at the sub-national level, stratified as it is by various socioeconomic factors, and to navigate down to the male and female halves of the population is an even greater challenge.

This publication presents the achievements made on the MDGs by Member States of the WHO South-East Asia Region, gauged only at the national level. It depicts the road covered by countries in the last 12 years and the gaps that have to be bridged in the remaining 3 years, and ascertains the likelihood of reaching each of the targets by 2015. The report also highlights the bottlenecks, the most intense challenge, and the constraints faced by each country in its strategic actions and interventions.

To comply with the recommendations of UN Secretary-General's Commission on Information and Accountability for Women's and Children's Health, this publication also presents an analysis of the related MDG indicators on women's and children's health.