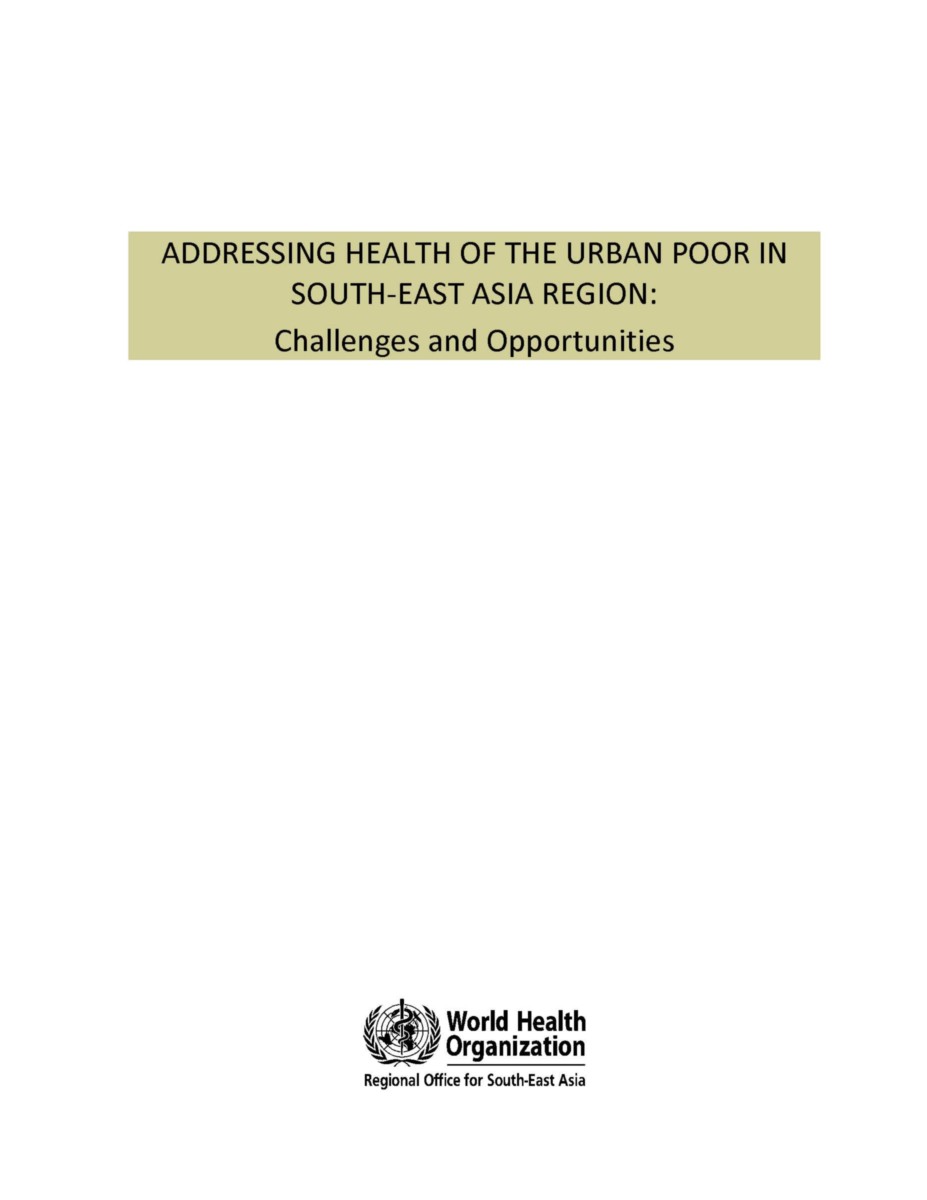 Addressing Health of the Urban Poor in South-East Asia Region

One of the challenges of the 21st century is managing the accelerating pace of urbanization. Projections suggest that by the year 2030, six out of ten people all over the world will live in cities. By 2050 this proportion is likely to reach 70 per cent. Most of the growth in urban population will occur in Asia, Africa and Latin America. Currently, the urban population in South-East Asia is estimated to be about 600 million, of about 150 million are estimated to be poor.

In the wake of the often unplanned and unregulated urbanization, the urban poor face physical, environmental, social and psychological problems which impose a heavy burden of disease and inequity. There is an urgent need to identify biological, socio-cultural and financial determinants of health inequity in the urban poor in order to mount a multisectoral effort to address the health concerns of this burgeoning disadvantaged section of the population.