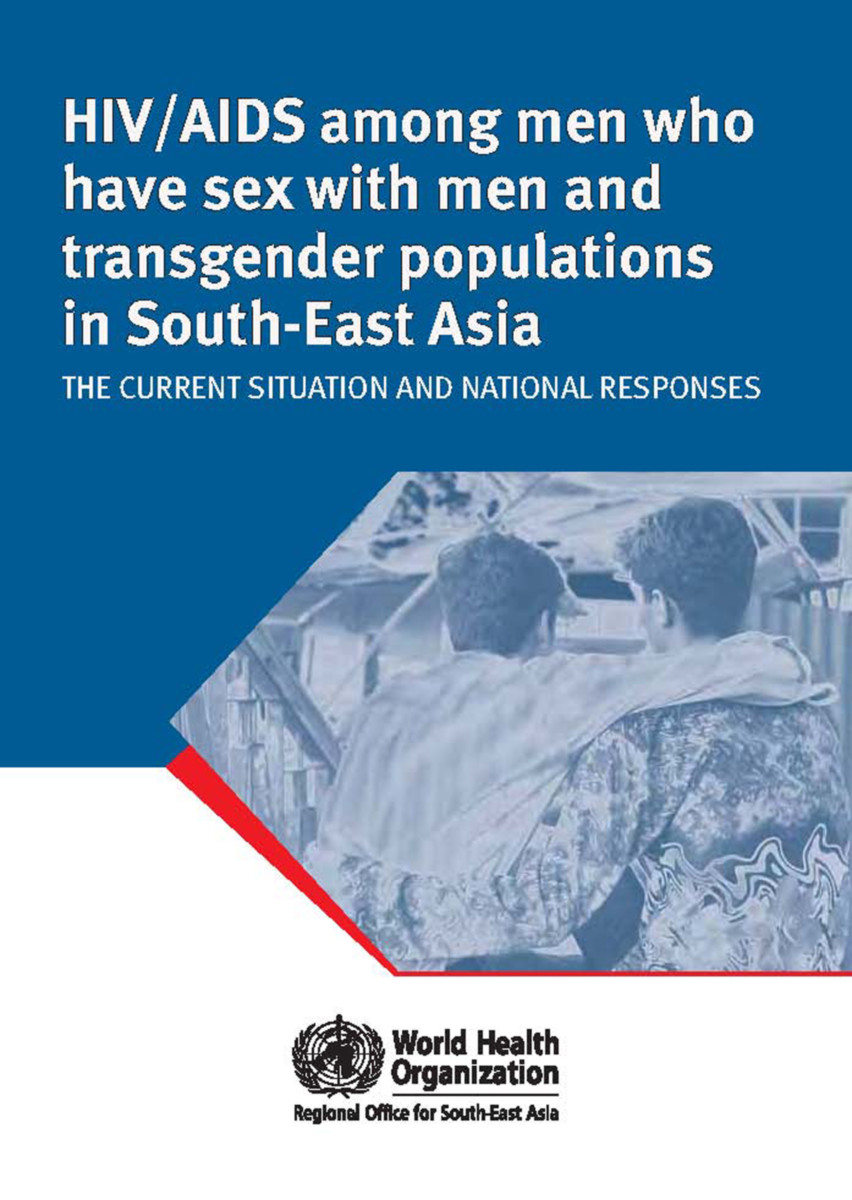 The Current Situation and National Responses

Same-sex behavior is identified in all societies. However, in the South-East Asia Region, the majority of men who have sex with men and transgender persons are highly stigmatized and discriminated against. There are an estmated 4-5 million men who have sex with men; among the transgender population, the number is less clear. Many of them are involved in high risk sexual behaviors that put them at risk for HIV infection, resulting in a high and increasing HIV prevalence in several countries of the Region. Control of HIV infections among these populations is thus an urgent public health priority.

The countries included in this review are Bangladesh, India, Indonesia, Maldives, Myanmar, Nepal, Sri Lanka, Thailand and Timor-Leste. Though most of them have some form of interventions for men who have sex with men and transgender populations, the majority of these populations do not have access to various HIV services due to widespread stigma and discrimination, and punitive laws in most countries.

This report provides information on the status of the epidemic among these populations in the South-East Asia Region. It highlights the need for improved advocacy efforts and a greater national response to save the lives of these populations who are at risk for HIV infection.