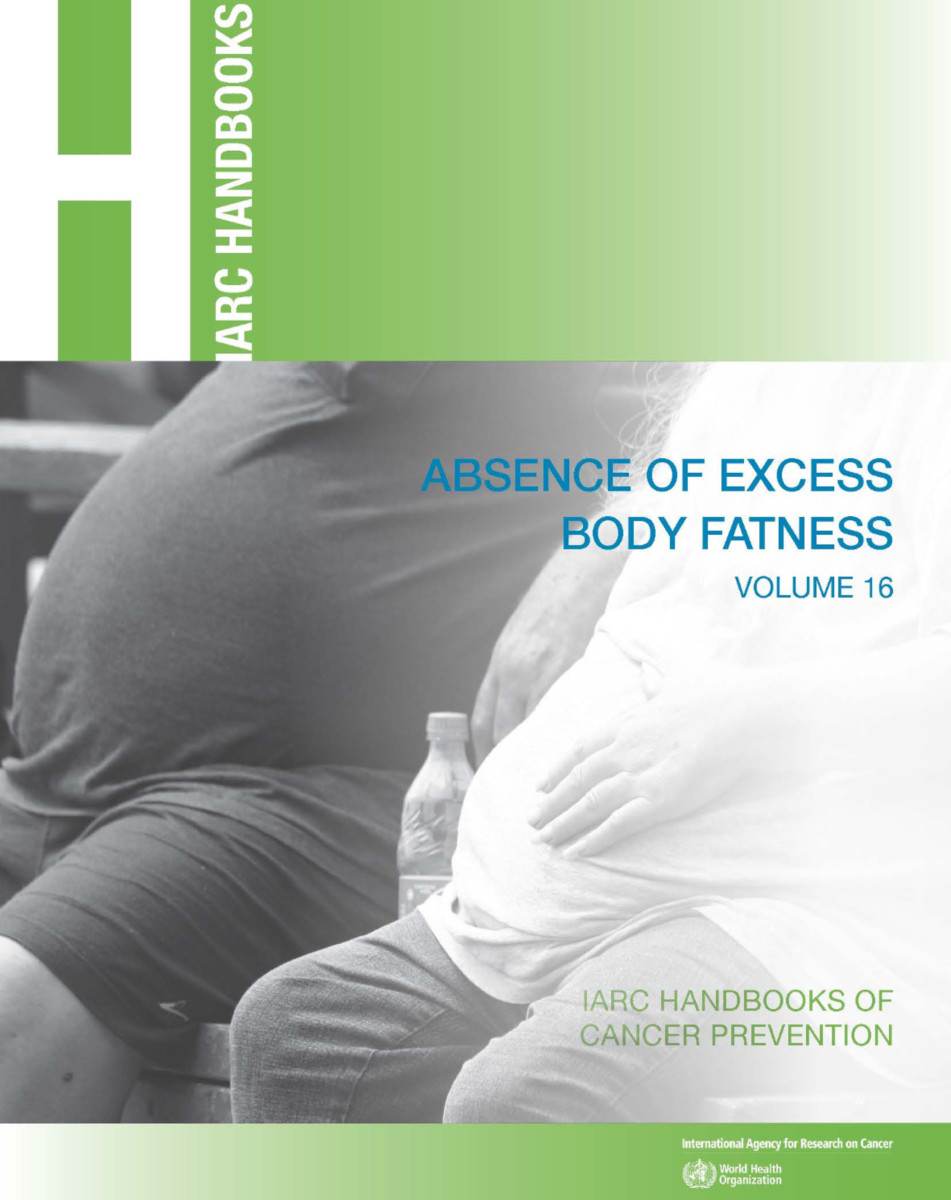 A Working Group of 21 independent experts from 8 countries, convened by the International Agency for Research on Cancer (IARC) in April 2016, reviewed the scientific evidence and assessed the cancer-preventive effects of the absence of excess body fatness.

The mean body mass index (BMI) in the adult population has increased dramatically worldwide over the past 40 years, and IARC recently estimated that close to 4% of all new cancer cases in adults were attributable to a high BMI; the number of cases is highest in high-income countries and is expected to rise in low- and middle-income countries.

This publication provides an important update of the 2002 IARC Handbook on Weight Control and Physical Activity, with evidence-based evaluation of the association between excess body fatness and cancer at more than 20 sites. In addition, the Working Group reviewed the evidence on childhood obesity and cancer in later life, the impact of excess body fatness in cancer patients on cancer survival and recurrence, and the few intervention studies of weight control on cancer outcome.