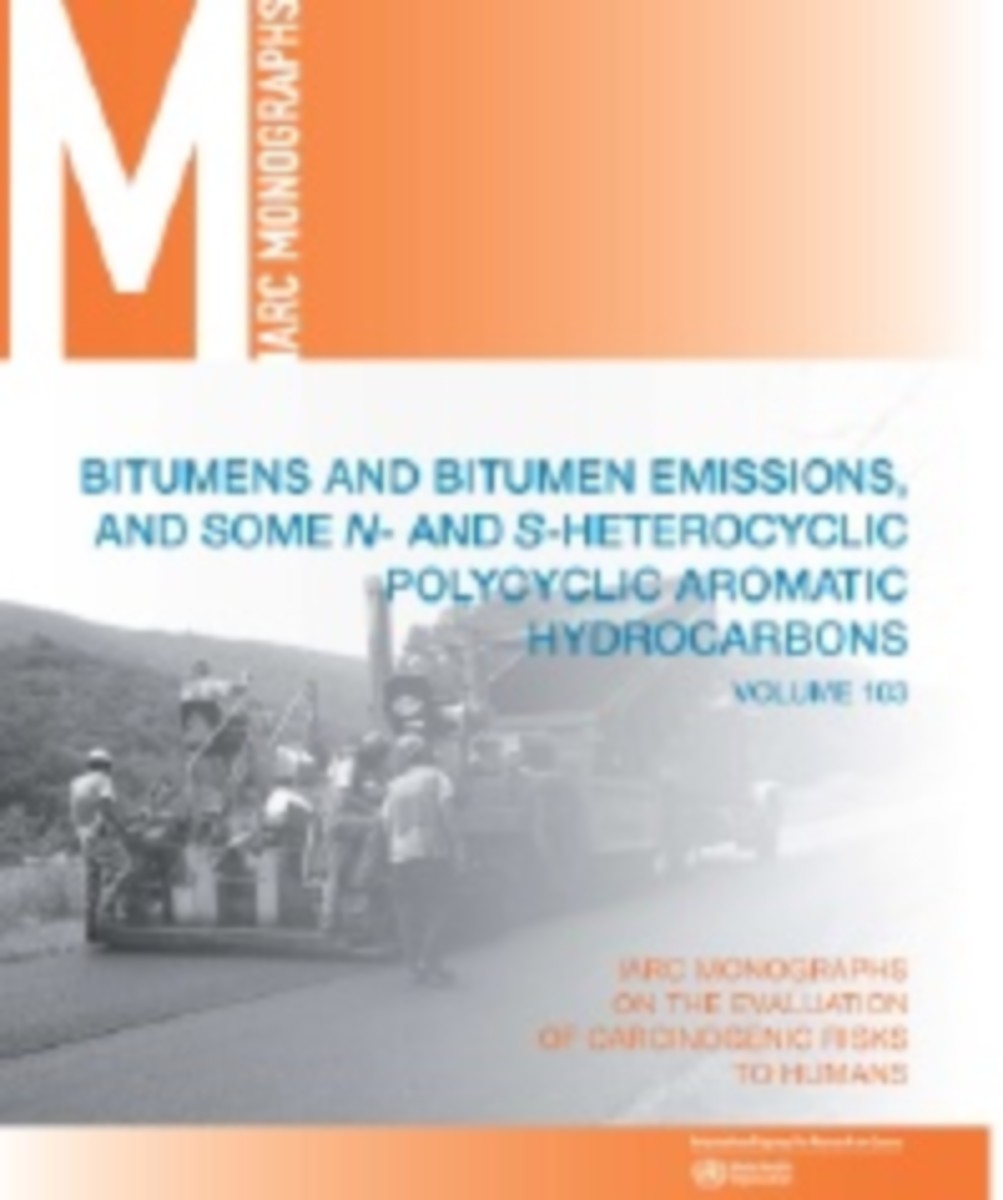 Bitumens and Bitumen Emissions, and Some N- and S-Heterocyclic Polycyclic Aromatic Hydrocarbons

This one-hundred-and-third volume of the IARC Monographs contains evaluations of the carcinogenic hazard to humans of bitumens and bitumen emissions, and of some N- and S-heterocyclic polycyclic aromatic hydrocarbons (referred to as azaarenes and thiaarenes, respectively). This volume is the fourth in a series of IARC Monographs volumes evaluating exposures related to air pollution. Indeed, the IARC Monographs Advisory Group that met in 2004 recommended that IARC develop such series, in recognition of the large contribution of air pollution to the global burden of cancer. Agents and related exposures evaluated thus far according to this recommendation include nonheterocyclic polycyclic aromatic hydrocarbons in Volume 92 (IARC, 2010a); particles and fibres in Volume 93 (IARC, 2010b) and indoor air pollution in Volumes 95 and 100E (IARC, 2010c, 2012).

This Monograph concerns only bitumens produced by petroleum refining and not naturally occurring bitumens. Thus the term "bitumens", as used in this volume, refers to the products derived from residues resulting from vacuum distillation of selected petroleum crude oils. These materials are called "asphalt", "petroleum asphalt" or "asphalt cement" in North America; in this volume, the term "asphalt" is used to describe mixtures of bitumen and mineral matter. Bitumens must be distinguished from coal tars, which are products of the destructive distillation of coals, and also from coal-tar pitches, which are residues from the distillation of coal tars.