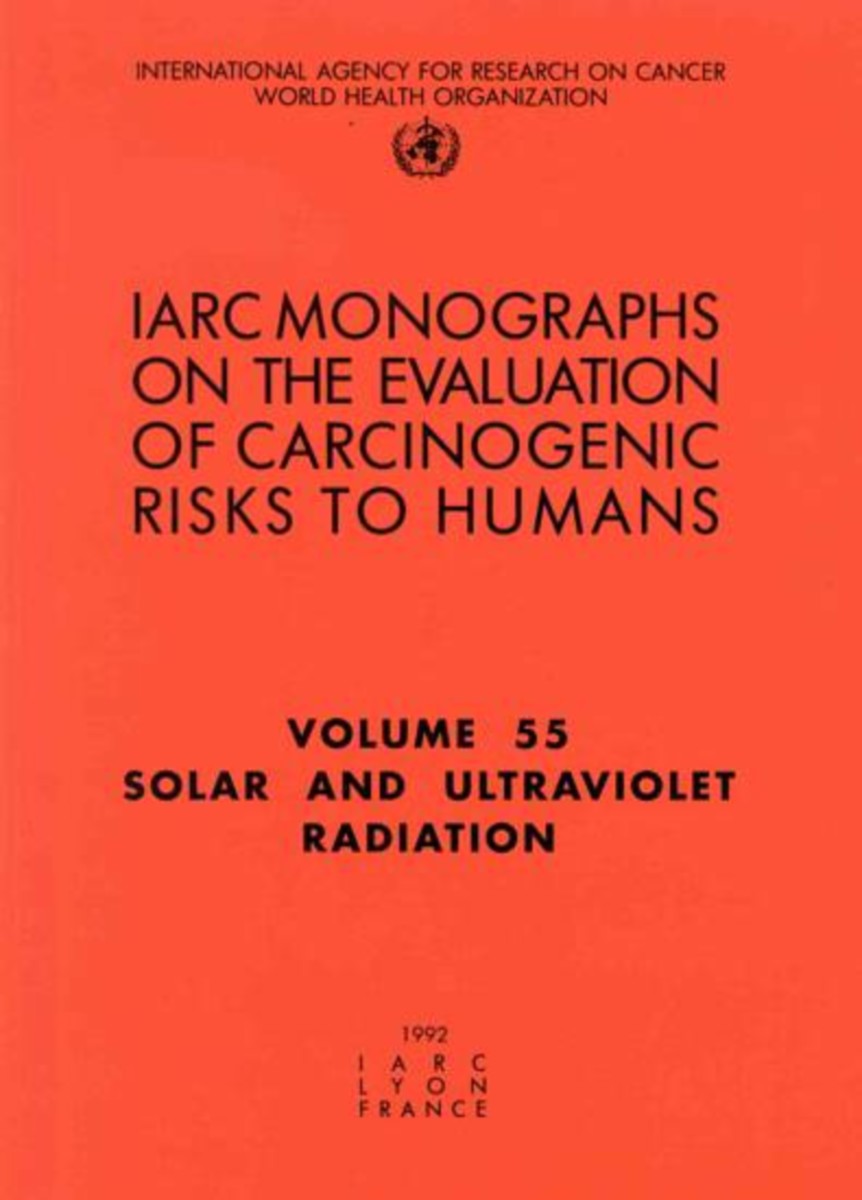 Evaluates carcinogenic risks associated with human exposure to solar radiation and to ultraviolet radiation from medical and cosmetic devices general illumination and industrial sources. The main objective of the evaluation was to determine whether enough evidence is available to decide which segments of the radiation spectrum are responsible for its adverse effects. To this end, particular attention is given to data that shed light on the distinctive carcinogenic activity of ultraviolet A B and C radiation.

In evaluating carcinogenic potential the report also considers the importance of human constitutional risk factors such as skin type hair and eye color and specific subtypes of exposure such as occupational and recreational exposures. More than 1000 studies were critically assessed. On the basis of a large body of evidence from human and experimental studies, the monograph concludes that solar radiation is carcinogenic to humans causing cutaneous malignant melanoma and nonmelanocytic skin cancer.

Evidence for the carcinogenicity of ultraviolet A, B, and C radiation was judged sufficient in experimental animals. All three segments of the radiation spectrum were classified as probably carcinogenic to humans. Use of sunlamps and sunbeds entails exposures that are probably carcinogenic to humans. The carcinogenicity of exposure to fluorescent lighting could not be determined. Studies of topical sunscreens are reviewed in an appendix, which concludes that although effective in preventing sunburn little is known about their protective value against harmful immuno-logical changes photo-ageing or skin cancer.

"Conforms to the usual high standards of IARC monographs ... a valuable source of information about the neglected areas of radiation pathology and toxicology."