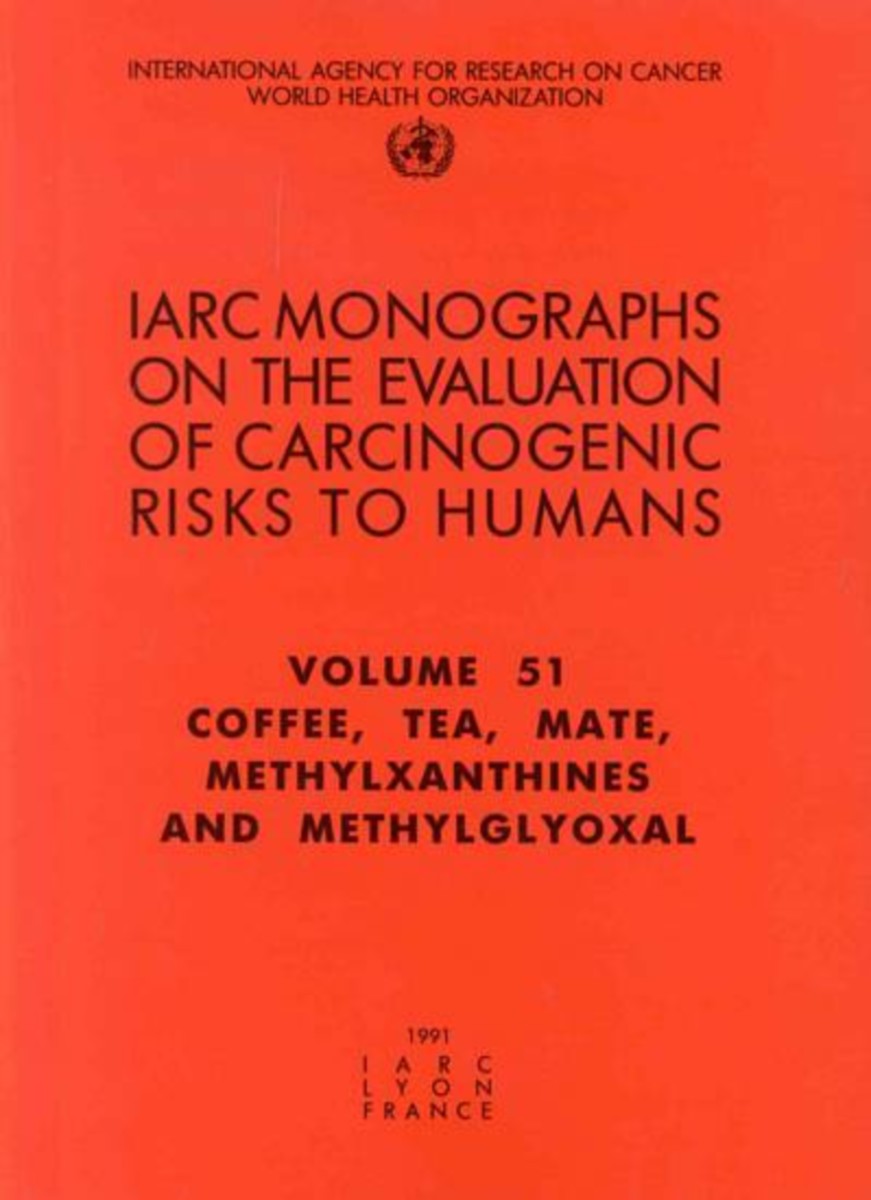 Reports the deliberations of a working group convened to evaluate the strength of evidence linking the drinking of coffee, tea, and mate to the development of human cancer. Separate evaluations are also provided for caffeine, theophylline theobromine and methylglyoxal, which are chemical constituents of coffee, tea, and several other popular beverages.

The first and most extensive monograph evaluates the large number of studies designed to assess the carcinogenic potential of coffee. On the basis of available data, the working group concluded that coffee is possibly carcinogenic to the human urinary bladder. Evidence further suggests that coffee may actually protect humans against cancer of the colon and rectum. The risk for breast cancer was shown, with remarkable consistency, to have no association with coffee drinking.

The second monograph evaluates the carcinogenicity of black and green teas. Although available data were judged inadequate to classify tea according to its carcinogenic risk, the analysis uncovered evidence suggesting that the temperature at which tea is drunk may be a more important determinant of risk than the chemical composition of the beverage.

This observation is further supported in the monograph on mate, a South American beverage, which is usually drunk very hot following repeated addition of almost boiling water to the infusion. While mate could not be classified on the basis of available data, hot mate drinking was judged to have a probable association with the development of oesophageal and oral cancers. Evidence was inadequate to assess the carcinogenicity of caffeine, theophylline, theobromine, and methylglyoxal.