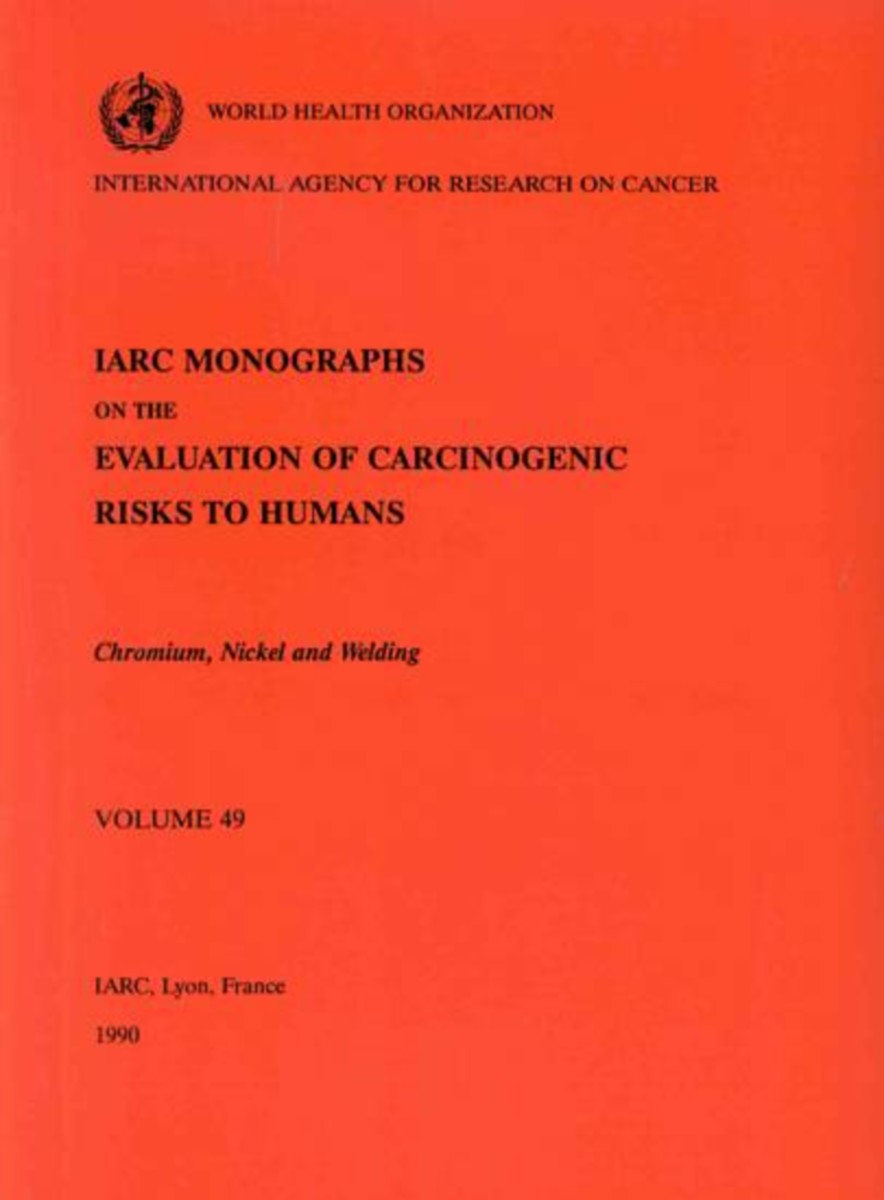 Evaluates the carcinogenic risk to humans posed by industrial exposure to chromium and its compounds; nickel and its compounds; and welding fumes and gases. Occupational exposures, principally by inhalation, are noted to affect about three million workers worldwide. The first and most extensive monograph evaluates the carcinogenicity of chromium and its compounds. The monograph is divided into subsections based on the oxidation state and solubility of the compounds, with separate evaluations made for metallic chromium, chromium [III] compounds, chromium [VI] compounds, and for a fourth group of tested agents that were of mixed or unknown oxidation states. The most extensive sections evaluate the design and findings of over 500 investigations of carcinogenicity in animals and experimental systems, studies of metabolic fate in animals and humans, and case reports and epidemiological studies in human populations. On the basis of this evaluation, the monograph concludes that chromium [VI] is carcinogenic to humans. The carcinogenicity of chromium [III] and of metallic chromium could not be determined on the basis of available evidence.

The final monograph evaluates the carcinogenic risk posed by exposure to welding gases and fumes. On the basis of evidence from human and animal studies, welding fumes are classified as possibly carcinogenic to humans.