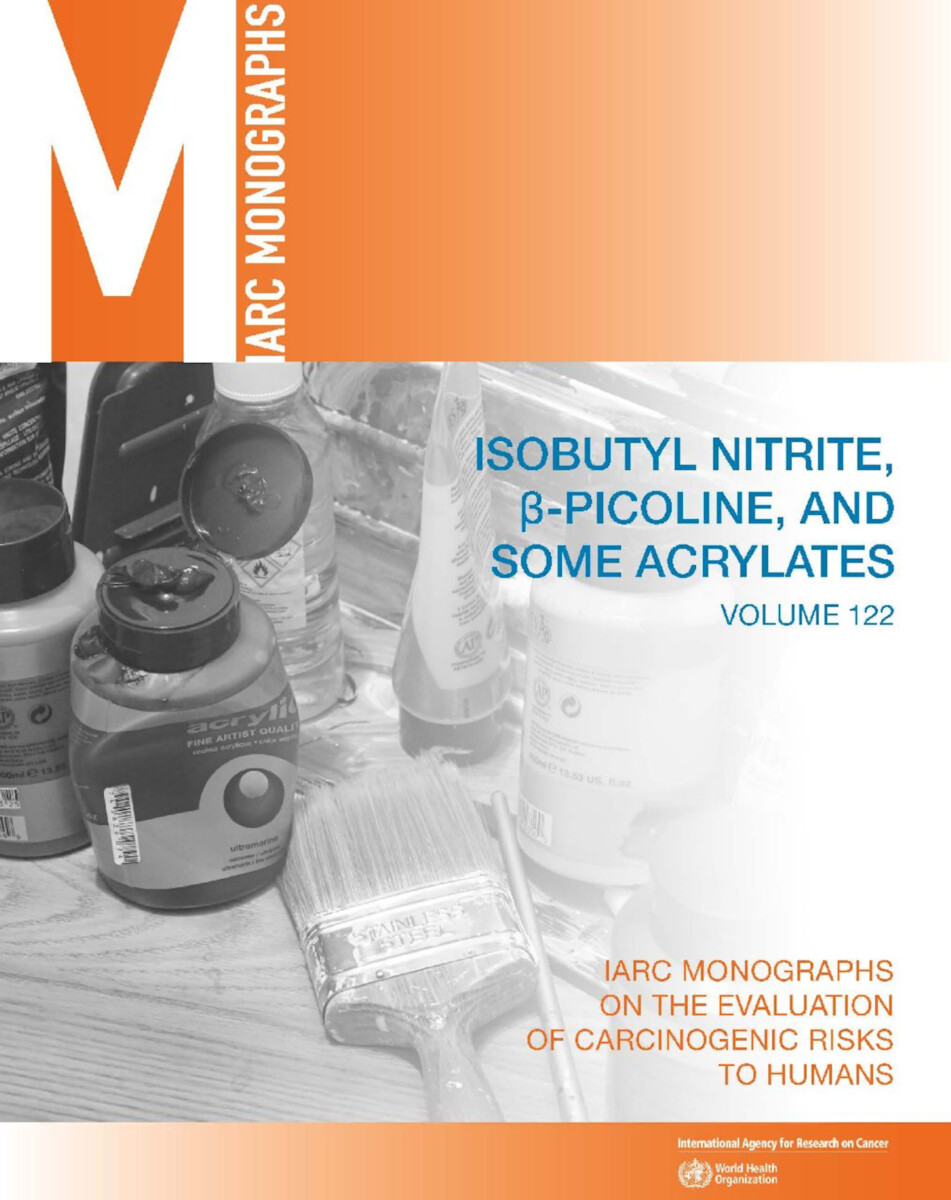 Isobutyl Nitrite, Beta-Picoline, and Some Acrylates

Beta-Picoline, a methyl pyridine, is widely used as a starting material for pesticides (e.g. chlorpyrifos) and pharmaceuticals (e.g. vitamin B3). It is also used as a flavoring substance in foods and beverages. Isobutyl nitrite is used as an intermediate in the syntheses of solvents and fuels and exposures also occur through its use as a recreational drug.

Exposure to all six agents considered may occur in the general population as well as in various occupational settings.

An IARC Monographs Working Group reviewed epidemiological evidence, animal bioassays, mechanistic and other relevant data to reach conclusions as to the carcinogenic hazard to humans of environmental or occupational exposure to these agents.