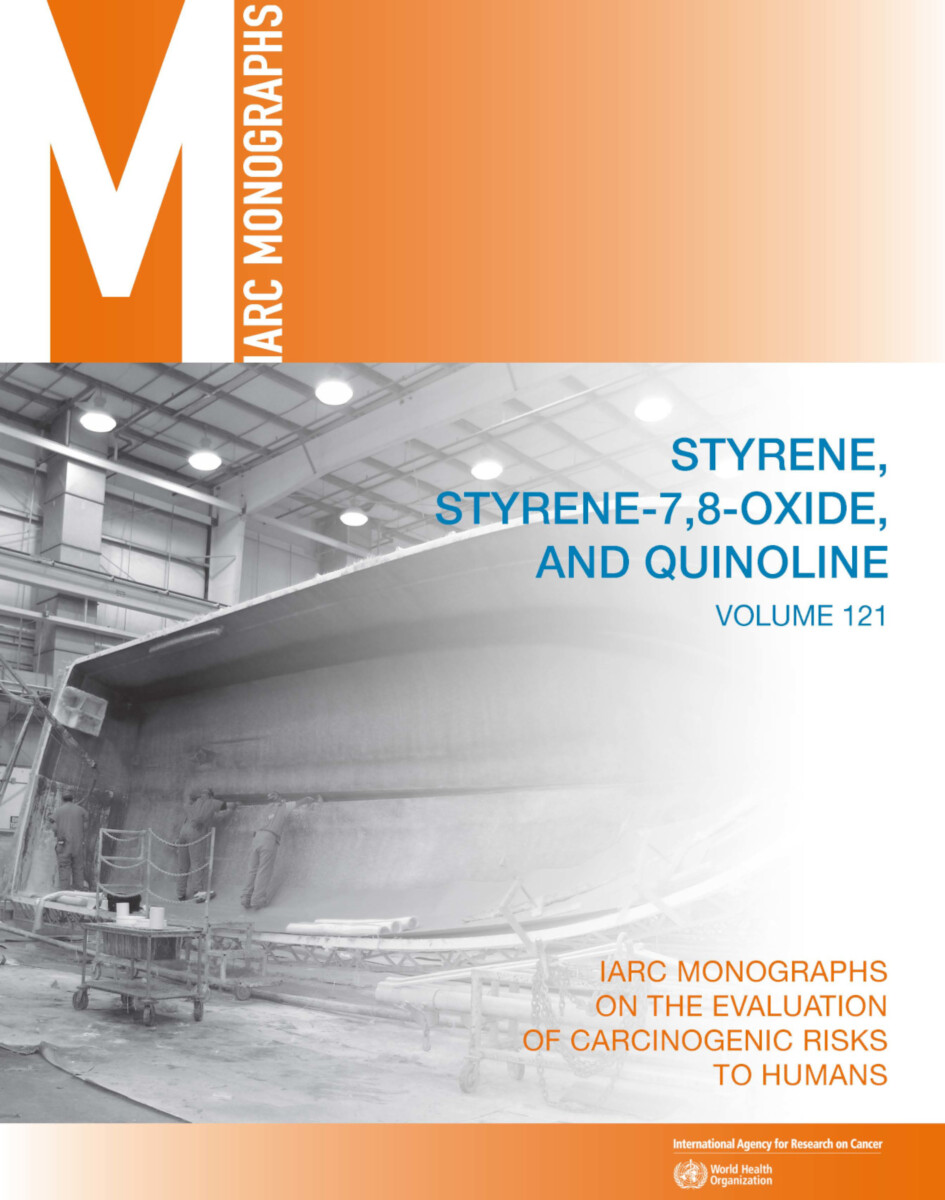 This volume of the IARC Monographs provides evaluations of the carcinogenicity of quinoline, styrene, and styrene-7,8-oxide.

Quinoline and styrene are present in air pollution and in tobacco smoke. Quinoline also occurs in the processing of petroleum and shale oil and is found in groundwater and soil at sites contaminated by coal tar and creosote. Quinoline and styrene are high production volume chemicals. Quinoline is used to produce various drugs and dyes. Styrene is primarily used in the production of polystyrene polymers. Styrene-7,8-oxide is primarily used to produce epoxy resins. Styrene-7,8-oxide is the primary metabolite of styrene in humans. Styrene and styrene-7,8-oxide are found in workplace air particularly in the reinforced plastics industry and the rubber industry. Exposure to these agents may occur in the general population as well as in various occupational settings.

An IARC Monographs Working Group reviewed epidemiological evidence, animal bioassays, mechanistic and other relevant data to reach conclusions as to the carcinogenic hazard to humans of environmental or occupational exposure to these agents.