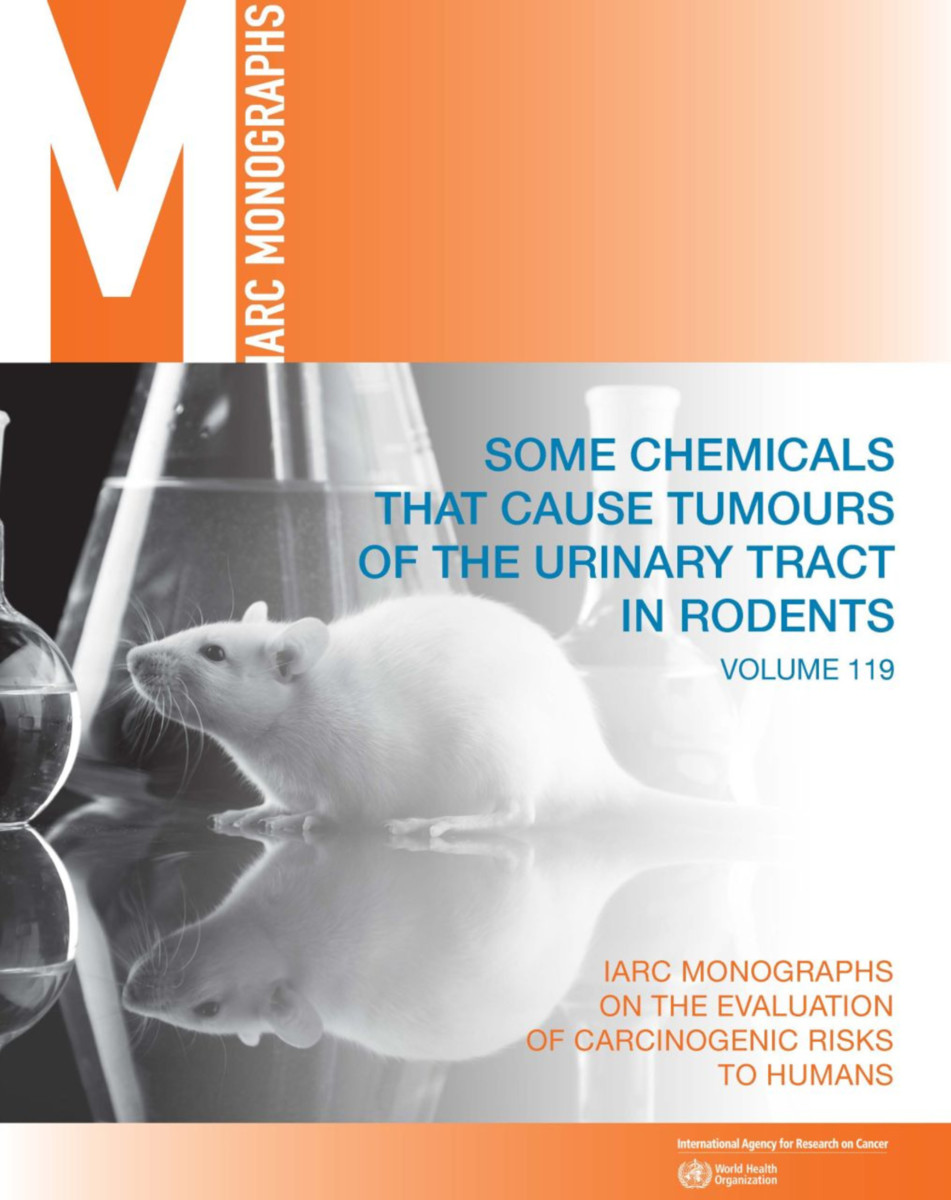 Some Chemicals that Cause Tumours of the Urinary Tract in Rodents

IARC Monographs on the Evaluation of Carcinogenic Risks to Humans

Exposure to all seven agents considered may occur in different occupational settings as well as in the general population. An IARC Monographs Working Group reviewed epidemiological evidence, animal bioassays, and mechanistic and other relevant data to reach conclusions as to the carcinogenic hazard to humans of environmental or occupational exposure to these agents.