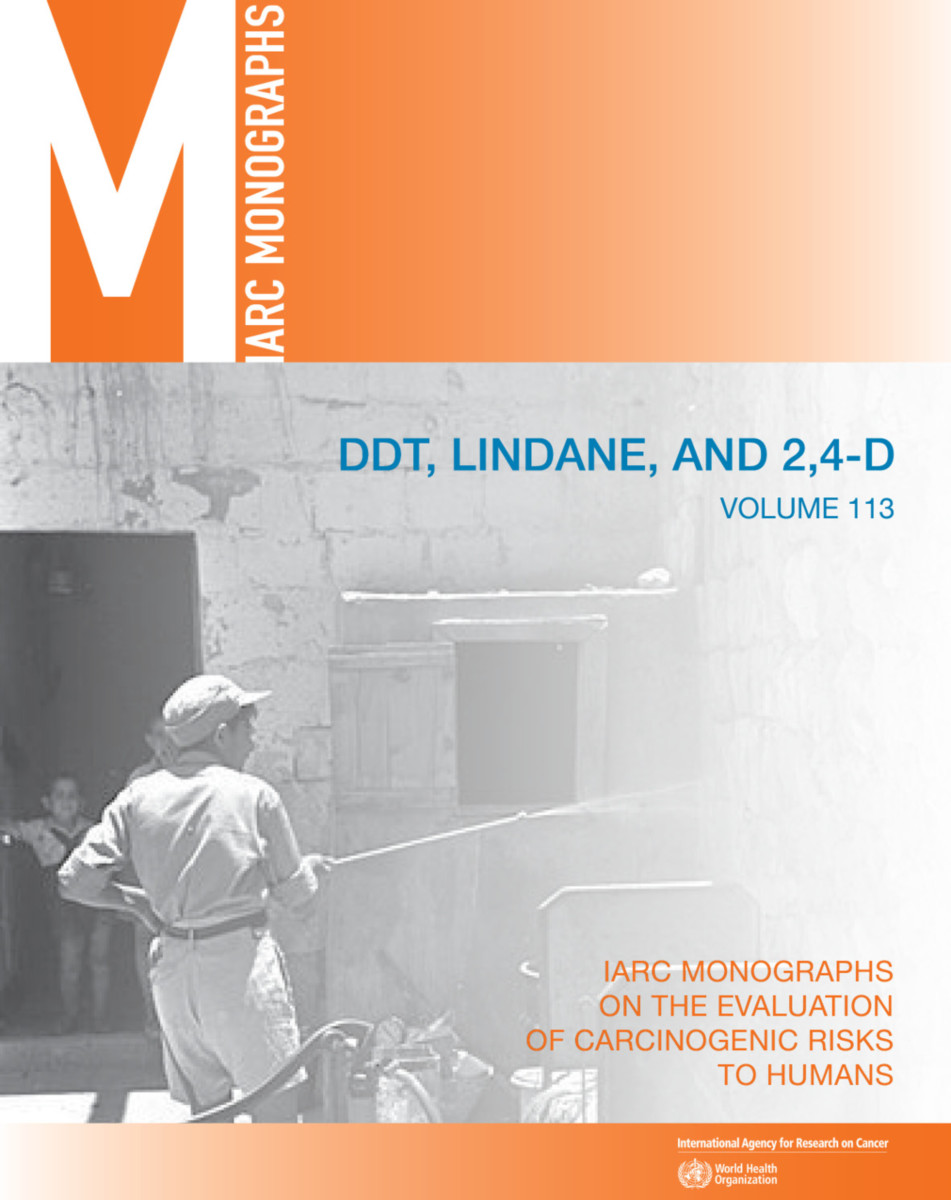 This volume of the IARC Monographs provides evaluations of the carcinogenicity of DDT and lindane (both organochlorine insecticides), and 2,4-D (a chlorophenoxy herbicide).

DDT is one of the most studied chemicals of environmental concern. It came into widespread use for disease-vector control and agriculture in the 1940s and was an important tool in malaria eradication efforts. Most uses of DDT were subsequently restricted because of its persistence and adverse environmental effects. Nevertheless, it is still detectable in the environment, in food, and in the blood and adipose tissue of humans and animals. Lindane was commercialized as an agricultural insecticide during the same period as DDT and is now largely banned due to its toxicity. Since its introduction in the 1940s, 2,4-D has become one of the most widely used herbicide active ingredients worldwide. It is still used in significant quantities, primarily in agriculture, including in mixtures with other active ingredients.