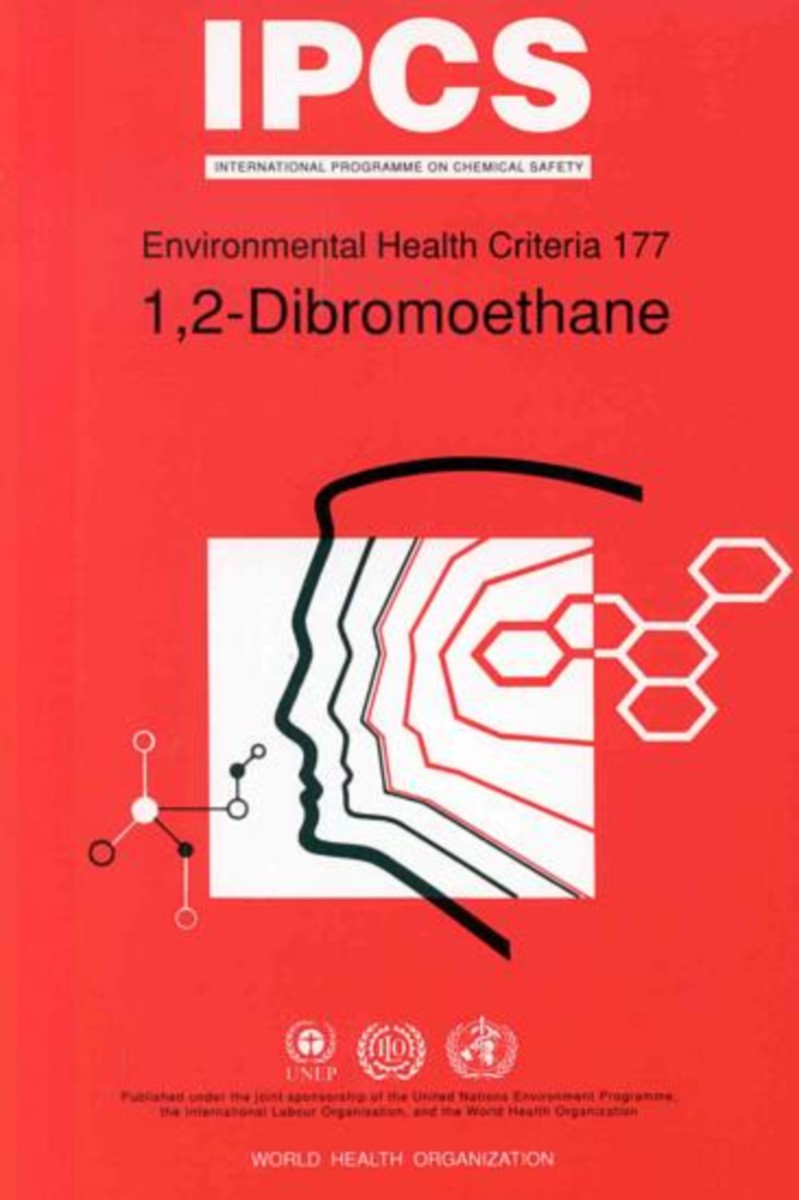 Evaluates the risks to human health and the environment posed by 1 2-dibromoethane. This highly volatile chemical is used as a lead scavenger in antiknock gasoline as a fumigant for soil, grains and fruits as an intermediate in the synthesis of dyes and pharmaceuticals and as a solvent for resins, gums, and waxes. Although world demand has been reduced substantially following bans on the use of leaded gasoline and on agricultural applications, 1 2-dibromoethane is still used in large amounts for many industrial purposes in industrialized countries. Studies in laboratory mammals and in vitro test systems demonstrate acute toxicity to animals with the main effects observed in the liver and kidneys. Exposure via inhalation has been shown to cause nasal irritation and depression of the central nervous system is several studies. Adverse effects on reproductive function have also been observed. Concerning carcinogenicity studies have shown that long-term exposure causes tumors in rats and mice in a variety of organs. An evaluation of effects on human health draws on case studies of accidental and intentional poisoning as well as epidemiological studies of occupationally exposed workers. In humans, 1 2-dibromoethane is strongly irritating to the eyes, skin, and respiratory tract. Symptoms of poisoning are identified as headache, severe vomiting, diarrhea, respiratory tract irritation, and death usually caused by pneumonia following damage to the lungs. Other targets of toxic action include the liver and kidneys. Reports of adverse effects on reproductive function in occupationally exposed workers were judged inconsistent. Although carcinogenicity studies in humans are extremely limited, strong and consistent evidence from animal studies supports the conclusion that 1 2-dibromoethane is a potential human carcinogen.