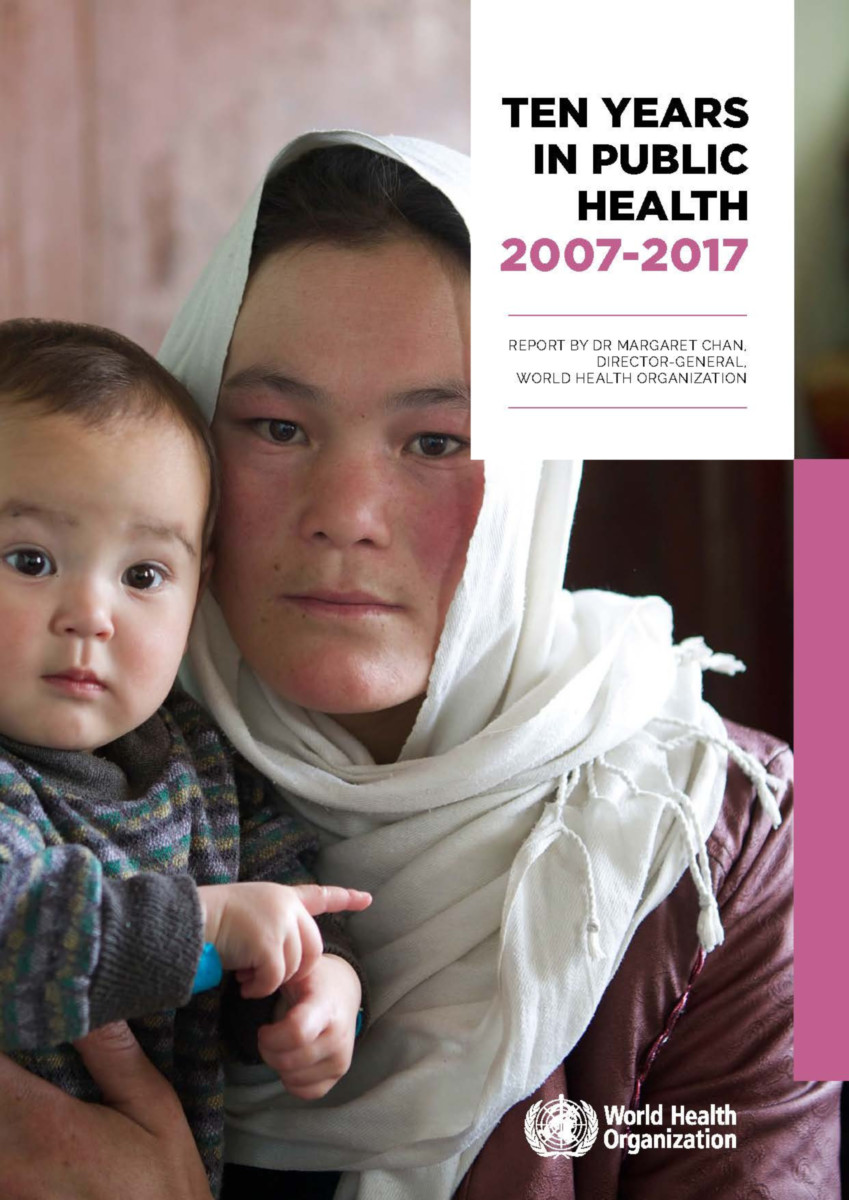 Ten Years in Public Health 2007-2017 chronicles the evolution of global public health over the decade that Margaret Chan served as Director-General at the World Health Organization.

This series of chapters evaluates successes, setbacks, and enduring challenges during the decade. They show what needs to be done when progress stalls or new threats emerge. The chapters show how WHO technical leadership can get multiple partners working together in tandem under coherent strategies. The importance of country leadership and community engagement is stressed repeatedly throughout the chapters.

Together we have made tremendous progress. Health and life expectancy have improved nearly everywhere. Millions of lives have been saved. The number of people dying from malaria and HIV has been cut in half. WHO efforts to stop TB saved 49 million lives since the start of this century. In 2015, the number of child deaths dropped below 6 million for the first time, a 50% decrease in annual deaths since 1990. Every day 19,000 fewer children die. We are able to count these numbers because of the culture of measurement and accountability instilled in WHO.

These chapters tell a powerful story of global challenges and how they have been overcome. In a world facing considerable uncertainty, international health development is a unifying and uplifting force for the good of humanity.

Margaret Chan served as Director-General of the World Health Organization from 2007 - 2017.