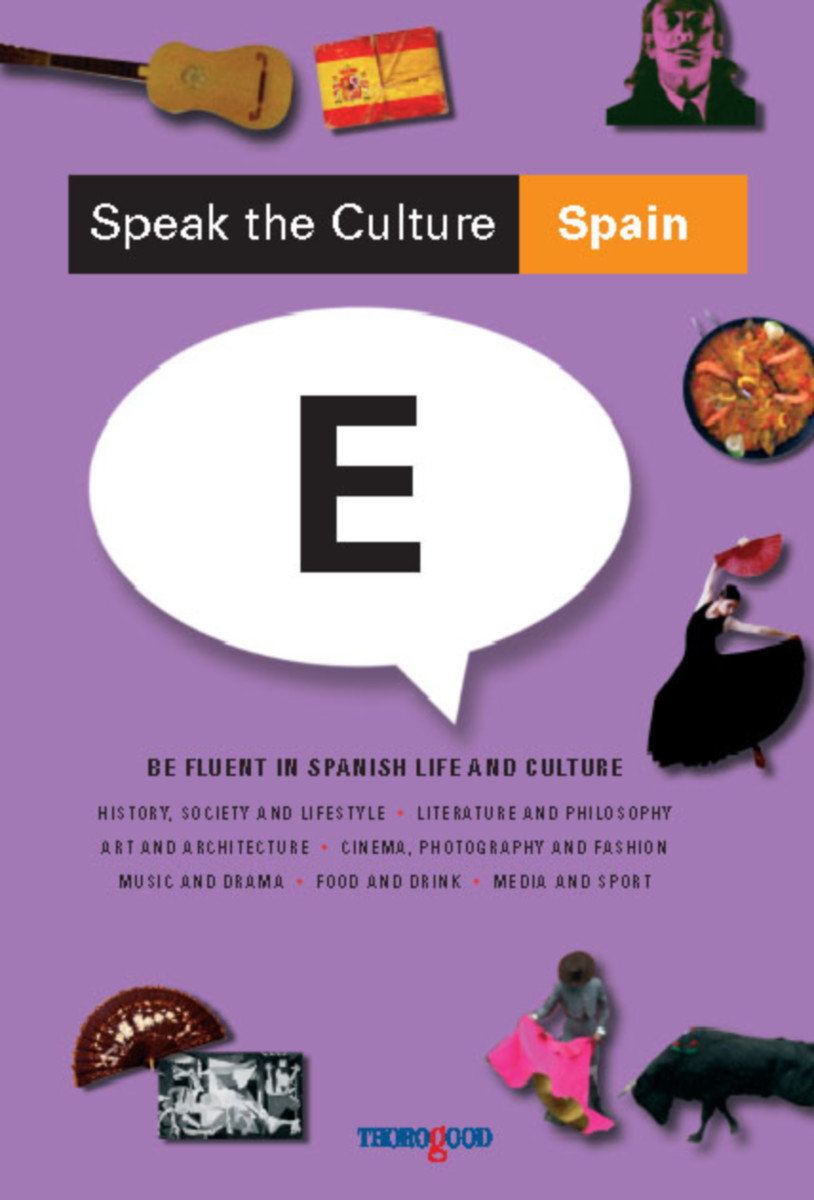 * Provides a deeper, long-term understanding of the nation and its people
* Designed to supplement the “usual suspect” guide books

A guidebook can show you where to go, a phrasebook what to say when you get there. Only Speak the Culture: Spain will lead you to the nation’s soul.

Spain boasts a rich and sometimes misunderstood culture, itself infused with the influences of other great and distant civilizations. Spanish life, language and culture in its widest sense is a major force of growing influence. How many outside it understand its origins and significance?

Through exploring the people, the movements and the lifestyles that have shaped the Spanish experience, you will come to an intimate understanding of Spain and the Spanish.

There are many travel guides and manuals on living in Spain. Speak the Culture: Spain is different: a superbly designed, informed and entertaining insight into Spanish life and culture and who the Spanish really are.

For new residents, business travelers, holidaymakers, students and lovers of Spain everywhere, Speak the Culture: Spain is an engaging companion and guide to an enviably rich civilization at the heart of Europe.

Excerpt
“As you might expect Spain’s traditional vernacular architecture isn’t easily pigeonholed; regionalism generates marked variation. Available building materials and, more significantly, climate have always dictated how people build their houses or outbuildings. The Spaniards’ approach to living arrangements is more easily summed up. They’re nothing if not sociable; while northern Europeans anxiously section off their own plot of terra firma, in Spain they seem to enjoy living on top of each other, clustered in apartments and houses around the plaza mayor. It’s not like they’re short of space either—a population density of around 85 per sq km is one of the lowest in Europe.”

"There's more to understanding people than language. Speak the Culture: Spain is a guide to those who may be visiting the land of Spain in the future. A guide to understanding the Spanish people, their culture, and how to avoid cultural misunderstandings, as well as what to expect, the contents within are as vital as a fluent grasp of the Spanish language. Also serving as a book of history, Speak the Culture: Spain is highly recommended to armchair and onsite world travelers alike."

"When I'm off sunning my self in Espana I always make sure I look and feel the part. Hey, I may not speak the language but thanks to Thorogood's Speak the Culture I feel just as Spanish as the next person.

Rather then just concentrating on useless phrases to disappoint your waiter with, this book focuses on the history and lifestyle of the country, while also looking at their architecture, food and literature. So rather then going to a gorgeous country and spending all day cemented to the beach go there with a little knowledge and embrace it."

- Beauty and the Dirt

"The second in a series of books (the first was on France) that promises to unravel the DNA of a nation. It's like a breezier, brighter version of one of those Contexts sections in the back of a Rough Guide, a tapas menu with bite-sized chunks on everything from history to film."

"Whether you own a second property in Spain or visit as a tourist, you can get much more out of your experience by exploring what makes the Spanish tick."

"Captures the true spirit of Spain."