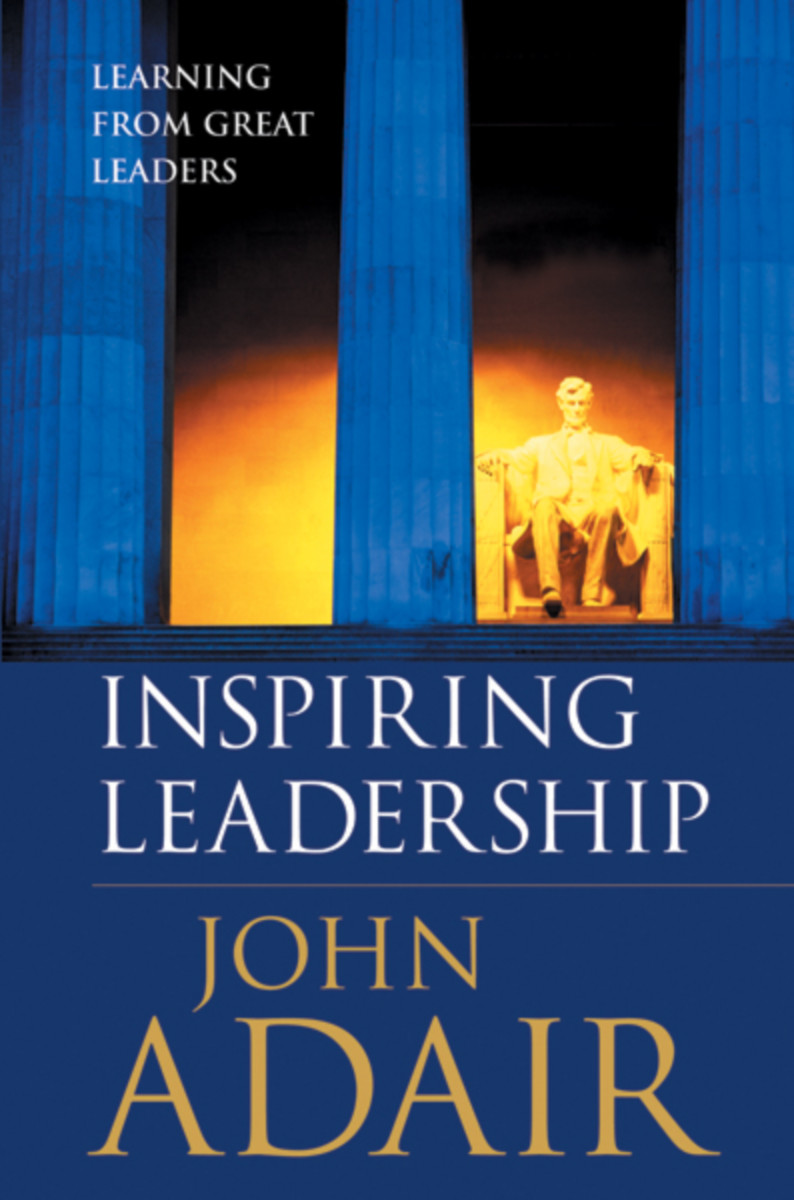 Who are the great leaders in history and what have they got to teach us today about the nature and practice of leadership? A wide range of inspiring leaders, from Loo Tau and Machiavelli to Thatcher and Mandela. This book is a unique approach to leadership by a writer internationally acknowledged as a major influence on leadership studies. There are key point and Points to Ponder throughout the book, helping to draw out the lessons and concepts for the reader. It features among others: Alexander the Great, Amundsen, Attila, Attlee, Bevan, Boudicca, Mike Brearley, Caesar, Churchill, de Gaulle, Einstein, Eisenhower, Elizabeth I, Gandhi, Sir Edmund Hillary, Ho Chih Min, Hsun-Tzu, Jefferson, Jesus, Jinnah, Kennedy, Lao Tzu, Lincoln, Machiavelli, Mandela, Montgomery, Mosley, Napoleon, Nehru, Nixon, Pericles, Plato, Reagan, F D Roosevelt, St Paul, Scott, Shackleton, Socrates, Washington, Wellington and Xenophon.

"How rare is it to come upon a book about leaders with depth, conceptual bite and historical context"

"Any of us who aspire to, and recognize the need for some form of leadership can only improve our performance by studying the past. John Adair's latest book is a valuable addition to the thinking that has gone into the subject ... I believe that it is a 'must read' book ... He is without doubt one of the foremost thinkers on the subject in the world"

TWO Leadership Skills
The Case of Nicomachides
Human Needs and Leadership Functions
A Leader in Estate Management
Are Leaders Born or Made?
Chapter Review

FOUR The Ability to Give Direction
What’s in a Word?
The Shepherd and His Flock
Interlude: The Three Circles
Alexander the Great
Creating Unity and Teamwork
Caring for Individuals
Chapter Review

FIVE Making the Right Decisions
Thinking to Some Purpose
From Ideas to Responsible and Decisive Action
Case-study: Chairing the Cabinet
Intuition and Imagination
Calmness Under Pressure
The Value of Humour
Chapter Review

ELEVEN Leadership in a Changing World
The New Climate of Change in the Nineteenth Century
How Progress Happens
Captains of Industry
Management Through Leadership
A Factory of Democratic Leaders
Slim on Leadership
Managers or Leaders?
Chapter Review

TWELVE Charisma
The Rediscovery of Charisma
Leadership: A Gift from Above?
Case-study: Alexander the Great
Case-study: Lawrence of Arabia
Chapter Review

John Adair is widely acknowledged as one of the most significant influences on management and leadership development in the world. He studied history at Cambridge University and holds higher degrees from the Universities of Oxford and London. He became the world's first Professor of Leadership Studies at the University of Surrey and is internationally known as a consultant. He is the author of many respected books on management and leadership.