Dr. Darius Liutikas has been a senior scientific researcher at the Lithuanian Social Research Centre (Vilnius) since 2009. His research interests include modern and traditional pilgrimage, sociology of tourism, anthropology of tourism, various forms of mobility, cultural tourism, sacred places and sacred spaces, and the geography of religions. Dr. Liutikas accomplished PhD studies in 2008 at Vilnius University. PhD thesis: "Traditional and modern pilgrimage as expression of values and identity in Lithuanian society.“ The author’s monograph about the manifestation of values and identity in the journeys was published in 2009 (in the Lithuanian language). He received the Grant for the Best Youth Scientist of Lithuania in the humanitarian and social fields in 2010 (Order No. 23 of 1 June 2010 of the Presidium of Lithuanian Academy of Sciences). Since 2008, he has published more than 30 articles in Lithuanian and international academic journals. He has prepared and published 5 books (3 in the Lithuanian language and 2 in English). He participated in more than 40 international scientific conferences as a guest speaker or speaker. In 2013, he received the best paper award at the International Conference on Religious Tourism and Tolerance in Konya, Turkey. Dr. Liutikas is a member of the editorial boards of the journal Creativity Studies (member of the editorial board since 2014), International Journal of Religious Tourism and Pilgrimage (member of the editorial board since 2015), International Journal of Research in Sociology and Anthropology (member of the editorial board since 2015). He is the chairman of the Community of Lithuanian Pilgrims (www.piligrimai.lt). He has initiated and coordinated different projects on pilgrimage and religious tourism. He has been the project coordinator of various books, as well as the project coordinator on the DVD Pilgrimage Places in Lithuania (In 2012, 55 min. in Lithuanian language. Subtitles in English, Polish and Italian), and the project coordinator for the biennial show-contest of Lithuanian woodsmen sculptures Saints and Pilgrims (since 2009). 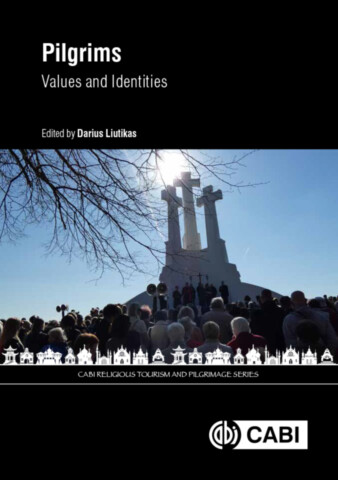