Geoffrey Ellis spent forty years in the music business, working closely with the Beatles and Brian Epstein during the 60s, and Elton John and his management in the 70s. From an unrivalled position he has written a highly informed account of the music business from the 60s to the mid 90s and an insider's view of the careers of many of the most significant players. His insight is less than adulatory and often critical, in particular of the Beatles and Brian Epstein, his friend. During the 60s Geoffrey Ellis was chief Executive of NEMS Enterprises, Brian Epstein's company, at the time when the Beatles became global superstars. His book contains insights and stories, many previously unpublished, concerning the often tortuous business and personal affairs of Epstein, and the aftermath of his death. There is also much about Elton john, of whose management Ellis formed a vital part from the earliest days with Dick James Music and then with John Reid Enterprises, including a trenchant account of the High court action brought by Elton John against Dick James, in the course of which Ellis himself spent two and a half days in the witness box. 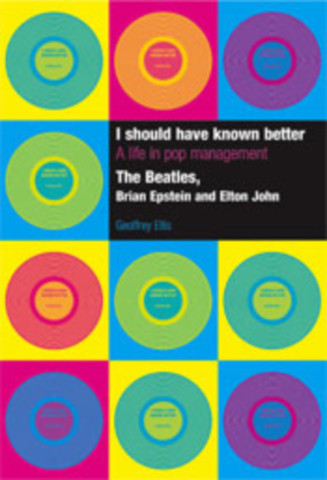 I Should Have Known Better