Ruth C. Newberry is a Professor of Ethology in the Faculty of Biosciences at the Norwegian University of Life Sciences. Her early years were spent on a farm near Ottawa, which had a resident cat colony. Before the cats were neutered, she saw first-hand the communal nursing of Tinkerbell and her adult daughter, and the comings and goings of the resident tomcat. As a zoology student at the University of Edinburgh, she was encouraged by Jane Goodall’s writings to pursue the study of animal behavior, leading to her PhD research in the Edinburgh Pig Park observing communal nursing in pig nests. After several years investigating chicken behavior at the Agassiz Research Station in British Columbia, she journeyed south to join Washington State University’s colleges of veterinary medicine and agriculture. There, she conducted studies on a wide range of animals including cats. Having finally habituated to cowboy hats in her classroom, the northern lights beckoned once more, this time to Norway. Here, since 2013, her research has focused on methods of environmental enrichment that foster harmonious social development and positive welfare. Ruth is a Past-President and Honorary Fellow of the International Society for Applied Ethology, and a member of several scientific advisory committees on animal welfare. A confirmed cat person meeting the personality traits described in Chapter 12, she has shared her home with a succession of beloved cats, Annapurra Katman, Cinnamon Daintree, Siena Kitkatla to name a few, whose unique personalities have provided inspiration during the writing of this book. 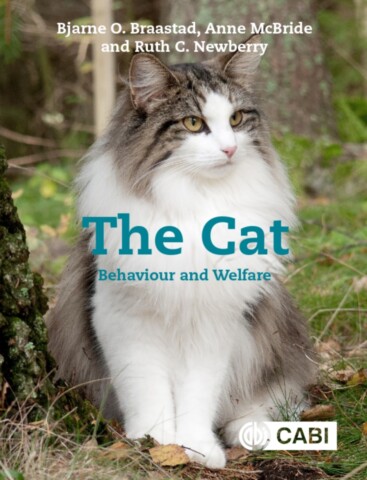