Rebecca Sommerville is an animal behaviorist and welfare scientist that has worked for several leading international charities. She completed an MSc in Applied Animal Behavior and Animal Welfare at the University of Edinburgh and a BSc in Animal Behavior at the University of Sheffield. Rebecca currently works in the Post Adoption Support team at Dogs Trust and previously worked as a Global animal welfare advisor for Brooke – Action for Working Horses and Donkeys, on working equids in Africa, Asia, Latin America and the Middle East. Before this she was a researcher in the Food Business team at Compassion in World Farming, helping large food companies raise the minimum standards of welfare for farm animals. Rebecca is currently also Development Officer for the International Society for Applied Ethology, aiming to promote applied animal behavior and welfare science in developing countries. She also provides behavior consultations and practical training to dog owners and veterinary practices through her business Behaviour by Becca. Rebecca is undertaking accreditation to become a Certified Clinical Animal Behaviorist and has published scientific papers on animal behavior and applying animal welfare at NGOS, as well as presented at several international scientific conferences. She has contributed to a book for farmers on pig welfare, a UK-wide research study into the welfare issues of companion animals and was recently featured on the BBC News 100 Days show to discuss the evolution of dogs’ faces from wolves. 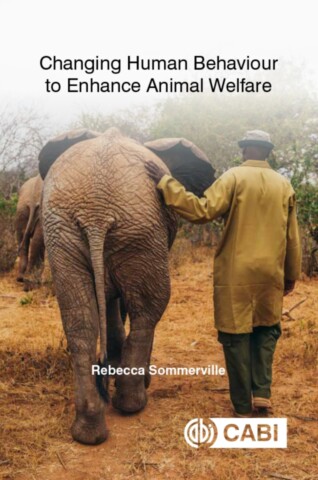