Raymond Auerbach is Project Leader for the African Organic Farming Systems Research Project, and Principal Investigator (Food Production) for the Centre of Excellence for Food Security (both funded by the SA National Research Foundation), based at Nelson Mandela University (George Campus) in South Africa's Southern Cape. Having studied Biodynamic Farming in Australia in the seventies, he has worked in organic farming for 48 years, first as a farmer, then as a farmer trainer and over the past 10 years as a researcher and policy adviser in agro-ecology. As the African Board Member for the International Association for Farming Systems Research and Extension in the 1990s, he advocated a Farming Systems Research and Extension approach to agricultural development in Southern Africa, and in 1991 was part of a pioneering group which invited Jimmy Mascarenhas to South Africa to carry out the first Participatory Rural Appraisal training. This resulted in the spread of PRA as a tool-kit for rural community development. He received the lifetime award from the African Union Commission in Nigeria for 'Services to Ecological Organic Agriculture in Africa' in 2016, and received an award for Innovation in Research Engagement from Nelson Mandela University in 2015, and the Individual "Excellence in Engagement" award in 2016. He is on the Board of the South African Organic Sector Organisation, Treasurer of SA Participatory Guarantee Systems Association (PGS) and Chair of Eden PGS. He is a Trustee of the Garden Route Botanical Garden Trust, with the Environmental Education Centre and Fundraising portfolios. 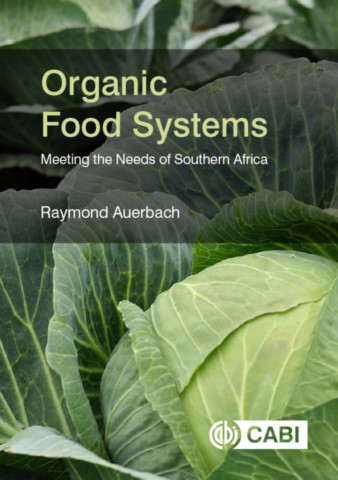 Meeting the Needs of Southern Africa