Professor Fenwick has been at Imperial College since June 2002 teaching Tropical Parasitology to medical students, on Bio Medical Science courses, Masters courses, and to Intercollated B.Sc. courses both at Imperial and in other UK Universities. A specialist in the research and control of Schistosomiasis, Professor Fenwick has been recognized for his achievements not only by the Queen with an OBE, but also in other countries notably Niger and Burkina Faso. He has lived and worked in Tanzania, Sudan and Egypt, prior to returning to UK and to Imperial College. He has received two life time medal awards from both the UK Royal Society of Tropical Medicine and Hygiene (RSTMH) and the US American Society for Tropical Medicine and Hygiene (ASTMH). The program that Professor Fenwick established at Imperial in 2002 (SCI) has been recognized as a top medical program by the award of the “Queens Anniversary Prize” in 2008. SCI is recommended to private donors as a top value charity by the independent evaluation teams at Oxford University www.givingwhatwecan.org and SCI is one of the top international charities recommended by www.givewell.org in USA. The reason for this recognition is that SCI has assisted 16 countries deliver over 130 million treatments with the medicine praziquantel to under privileged populations, especially to children thus preventing the development of serious illness in later life. All this has been achieved at an average cost of just 50 pence per child per year. 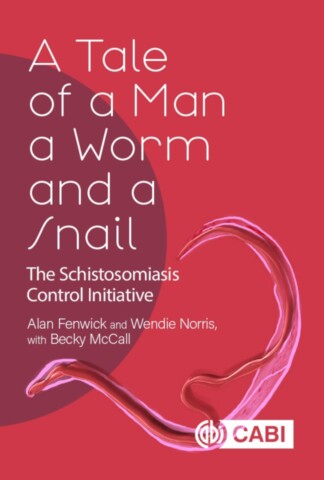 A Tale of a Man, a Worm and a Snail