Tony Clarke completed his PhD in entomology from The University of Queensland in 1992. After graduating, he spent 10 years as a research fellow working on insect ecology at the University of Tasmania, The University of Queensland and Griffith University. At Griffith University (1999-2001) he worked on fruit flies for the first time, under the mentorship of Prof R.A.I. Drew. In 2002 he took up a tenured position as a lecturer in ecology with the Queensland University of Technology, Brisbane, where he now holds the title of Professor and Chair of Fruit Fly Biology and Management. Most of his research has focused on the science underpinning sustainable insect pest management, with an emphasis on forestry and horticultural systems. His exclusive research focus for the last ten years has been on tropical fruit flies of the genus Bactrocera, which are the primary horticultural insect pests of Asia, Australia and the Pacific, and increasingly of Africa following the 2003 invasion by the Oriental fruit fly. He has participated in numerous international fruit fly projects which have seen him work with colleagues around the world, including countries such as Papua New Guinea and Bhutan. Tony is the author or co-author of over 130 refereed publications (80 on tephritids) and he has graduated 20 research higher degree students and is currently supervising a further six. He is an elected fellow of the Royal Entomological Society of London, and in 2014 was winner of the Australian Entomological Society's Mackerras Medal for excellence in entomology. 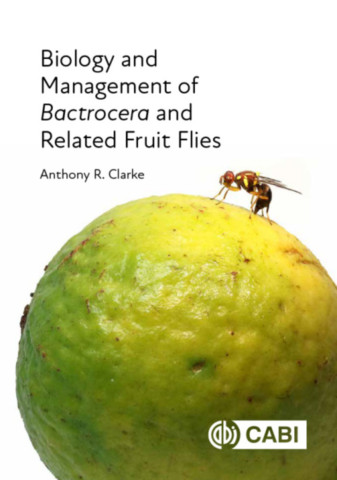 Biology and Management of Bactrocera and Related Fruit Flies