Lynn Long is a Professor and an Extension Horticulturist, hired by Oregon State University in 1988 to deliver Extension programming to the cherry growers of north central Oregon, the largest cherry production region of the state. In that capacity, he delivered research based information and technology to the cherry growers of Oregon and the Pacific Northwest. In 1999, he was promoted to the rank of full professor and developed an international reputation as one of the leading educators of cherry related knowledge around the world. He has given invited talks to scientists and cherry growers in 18 countries including Chile, Germany, Greece, South Africa, Australia and Russia.

For much of his career, Lynn has focused his research and extension effort on evaluating new cherry varieties, rootstocks and training systems. While with Oregon State University, he established a variety trial in 1996 and has evaluated well over 100 varieties and selections for their potential adoption by Pacific Northwest cherry growers. He has authored or co-authored numerous publications on these topics including an award-winning training system manual, and Extension publications on cherry rootstocks, and pruning trees on dwarfing and precocious rootstocks. However, as an Extension educator, Lynn has also conducted research and/or written publications on such wide-ranging topics as cherry fruit fly, bacterial canker, orchard establishment and soil improvement. 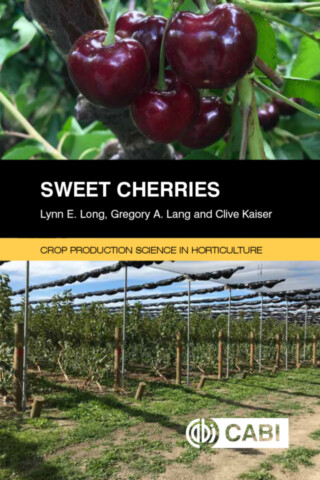