John McIntire is an independent economist living in Santa Barbara, California. He received his PhD in International Relations from the Fletcher School in 1980. He was an agricultural economist at the International Crops Research Institute for the Semi-Arid Tropics (ICRISAT) for several years in 1980s, working in Burkina Faso and Niger, where he did some of the first management studies of smallholder agriculture in francophone Africa. He subsequently was a researcher at the International Livestock Center for Africa (ILCA) in Ethiopia, work that led to the publication of Crop-Livestock Interactions in sub-Saharan Africa, a well-cited book of which he is principal author. He worked for more than 20 years as a staff member and Director at the World Bank, where he managed some of the Bank's largest programs in sub-Saharan Africa. He recently retired as Associate Vice-President for Program Management at the International Fund for Agricultural Development. 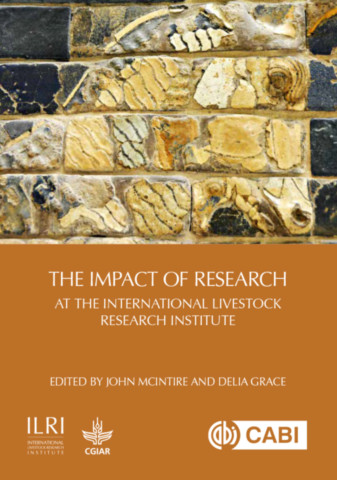 The Impact of Research at The International Livestock Research Institute