Ingvar Ekesbo as professor in Animal Hygiene at the Swedish Agricultural University's veterinary faculty, Ingvar Ekesbo, DVM, PhD, was deeply interested in research and education regarding the relationship between farm animal environment and animal health. He got deep practical experience of animal husbandry through part time clinical practice during forty years. He introduced ethology as discipline in the Swedish veterinary curriculum which led to the establishment in 1987 of a chair in ethology at his department, one of the first at any veterinary faculty. After his retirement he has been continuing research, education and consultancy. Ekesbo has been president of the International Society for Animal Hygiene, the International Society for Applied Ethology, Swedish representative in Council of Europe when the Farm Animal Welfare Convention was elaborated 1971-1976, and, member, and several years chairman, in the Council's Standing Committee for Farm Animal Welfare 1979-1998. 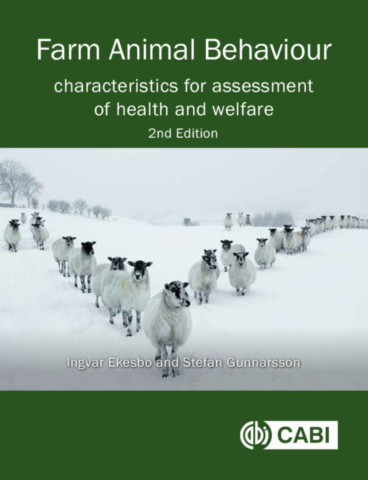 Characteristics for Assessment of Health and Welfare