ORCC supports its mission of activating higher education to place more students on a lifelong path of civic participation by partnering with Stylus Publishing to offer a 20% discount to member campuses on selected titles.

Additionally, Stylus is donating 20% of the price of each book to support the work of ORCC. 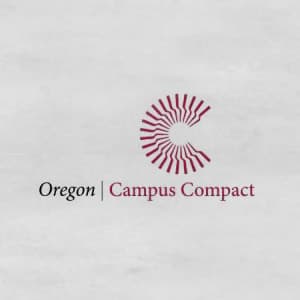 This exciting new text examines one of the most important and yet elusive terms in higher education and society: What do we mean when we talk in a serious way about “diversity”?

A distinguished group of diversity scholars explore the latest discourse on diversity and how it is reflected in research and practice. The chapters trace how the discourse on diversity is newly shaped after many of the 20th century concepts of race, ethnicity, gender and class have lost authority. In the academic disciplines and in public discourse, perspectives about diversity have been rapidly shifting in recent years. This is especially true in the United States where demographic changes and political attitudes have prompted new observations—some which will clash with traditional frameworks.

This text brings together scholars whose research has opened up new ways to understand the complexities of diversity in higher education. Because the essential topic under consideration is changing so quickly, the editors of this volume also have asked the contributors to reflect on the paths their own scholarship has taken in their careers, and to see how they would relate their current conceptualization of diversity to one or more of three identified themes (demography, democracy and discourse). Each chapter ends with a candid graduate student interview of the author that provides an engaged picture of how the authors wrestle with one of the most complicated topics shaping them (and all of us) as individuals and as scholars. Of interest to anyone who is following the debates about diversity issues on our campuses, the book also offers a wonderful introduction to graduate students entering a discipline where critically important ideas are still very much alive for discussion.

“The timing of [this book] is prescient. A divisive presidential election and a polarizing outcome have forced us to reflect on our shared values as a nation. Specifically, how do we value diversity in a country that is divided? Many people in higher education feel a pressing need to reinvigorate the discourse on diversity, particularly as it pertains to our college and university campuses today. This volume seeks to meet the current challenge and is committed to future possibilities of greater insight, justice, and opportunity in higher education.

If we seek to transform our present understandings of diversity as the title of the text asserts, we must first acknowledge where we are positioned during the current moment. Have we achieved the diversity we desire across higher education? What remains to be accomplished? Do we risk losing ground in the coming years? In some ways, American colleges and universities have made significant strides in promoting a more diverse student body. However, these successes at diversifying educational opportunity are at risk.

We find ourselves at a political, legal, and intellectual crossroads regarding diversity in higher education. The authors believe that it remains unclear what the term diversity actually means, who it includes, and how it encompasses them as students. This intellectual honesty from diversity scholars is refreshing in today’s climate of angry political rhetoric and sharp divisions.

As such, Transforming Understandings of Diversity in Higher Education effectively contextualizes the problem of diversity. It demonstrates that the term has come to be viewed as an objective of, or even an agenda in, higher education today. Court rulings have been central to shaping how universities engage with diversity as part of a fluid discourse on this topic. Supreme Court decisions in Regents of the University of California v. Baake (1978), Grutter v. Bollinger (2003), Gratz v. Bollinger (2003), and Fisher v. University of Texas (2013, 2016) recognize diversity as beneficial to student learning. They also state that diversity is important in fulfilling the educational mission of the modern multiversity. Simultaneously, the Supreme Court has narrowed how race and ethnicity could be considered in college admissions decisions.

Prior to the burgeoning and important work of critical race theorists, scholars like Kimberle Crenshaw were critical of the legal discourse on diversity. In her seminal article "Demarginalizing the Intersection of Race and Sex: A Black Feminist Critique of Antidiscrimination Doctrine, Feminist Theory, and Antiracist Politics" (1989), she persuasively articulates how the courts have often obscured the multidimensionality or intersectionality of people’s lived experiences. Relative to several court rulings, Crenshaw finds that the courts fail to recognize more nuanced understandings of discrimination, particularly when cases involve compound or double discrimination. As she aptly noted regarding discrimination several decades ago, the same might be said about diversity discourse in higher education today. In short, we need to re-center this critical discourse at these intersections.

The book encourages young scholars and student affairs professionals to contribute to our developing understandings of diversity. These emerging diversity scholars and practitioners, accompanied by several veteran trailblazers, are our best hope at envisioning a brighter future and transforming higher education for the twenty-first-century.”

“This book features many dynamic scholar activists whose collective works push us to complicate and re-conceptualize our staid notions of student and institutional diversity experiences. They also provide us with important new perspectives and frameworks on diversity discourses that help to bridge scholarship with engagement, thus serving as a practical guide for scholars and practitioners alike. Ultimately, the contributors succeed in helping us to transform our understandings of diversity to better reflect the complex and intersectional realities of our higher education contexts.”

Victor B. Sáenz, Ph.D, Department of Educational Administration, The University of Texas at Austin

"While diversity in all its forms has always been a natural aspect of our world and of higher education, the scholarship in this book takes the term and its usage to a leading-edge level. Chapter authors dig deep into entrenched belief systems, policies and practices to illuminate newly-appearing challenges and to fashion breakthroughs in our understanding of diversity. For all who seek to fashion a transformational vision of higher education operating in its natural state of diversity, look no further than this revelatory body of work."

"This carefully curated edited book highlights the work of emerging scholars who offer a fresh perspective on diversity in higher education. They challenge old notions of diversity and assign it with new meaning, repurposing diversity to elevate the impact of higher education. Interviews with authors added in between chapters provide additional insights into their unique positions and experiences that shape their research. If how we think about diversity during the University of Michigan's defense of race conscious admissions is regarded as Diversity 1.0 and the University of Texas' subsequent defense is version 2.0, then the fine collection of work in this volume moves us toward version 3.0. This new version stands to position diversity for deeper and broader impact."

1. Color-Blind Ideology and the Disconnected Power-Analysis Frame Considerations for Historically Black Colleges and Universities’ Diversification—Uma M. Jayakumar and Annie S. Adamian
2. An Interview With Uma M. Jayakumar: Social Agency and the Power of Resistance—Diane M. Back
3. A Theory of Equity: A Social and Legal Analysis of College Access for Low-Income Students—Jarrett T. Gupton and Karen Miksch
4. An Interview With Jarrett T. Gupton: The Value of Uncertainty and the Need for Nuance—Sheela Linstrum
5. Lesbian, Gay, Bisexual, Transgender, and Queer Students on Campus: Fostering Inclusion Through Research, Policy, and Practice—Michael R. Woodford, Jessica Joslin, and Kristen A. Renn
6. An Interview With Michael R. Woodford: Bringing Invisible Communities to Light: Disciplinary Norms, Collaboration, and the Quest for Legitimacy—Timothy Hickey-LeClair
7. Racially and Socioeconomically Diverse Students’ Pathways to College: An Exploration of Latin@ Students—Angela M. Locks, Dawn Person, Michelle Cuellar, Jeanette Maduena, and Melba Schneider Castro
8. An Interview With Angela M. Locks: Understanding the Complexities of the College-Going Process—James M. Ellis
9. Architecture of Diversity: Using the Lens and Language of Space to Examine Racialized Experiences of Students of Color on College Campuses—Michelle Samura
10. An Interview With Michelle Samura: How the “Blue Wall” Changes Our Discourses on Race in Higher Education: Stepping Out of the Comfort Zone and Seeing Things in a Different Light—Jimin Kwon
11. Including Disability in the Discourse: Extending and Advancing the Definition of Diversity in Higher Education—Allison Lombardi and Adam Lalor
12. An Interview With Allison Lombardi: Including Disability in the Discourse—Lloyd Edward Shelton
13. The Impact of Media Imagery on Academic Identity Development for Black Male Student Athletes—LaVar J. Charleston and Jerlando F. L. Jackson
14. An Interview With Jerlando F. L. Jackson: An Instrumental Diversity Researcher—Carly Wegner
15. Racialized and Gendered Experiences of African American Female Faculty at Public Community Colleges—Tamara Nichele Stevenson and Eboni M. Zamani-Gallaher
16. An Interview With Tamara Nichele Stevenson: Surviving Racial Battle Fatigue: Cultivating Safe Spaces in Radicalized Environments—Tonya Kneff
17. Unpacking the Mandate Rhetoric of Historically Black Colleges and Universities’ Diversity Discourses—Courtney Carter
18. An Interview With Courtney Carter: Unpacking the Mandate Rhetoric of Historically Black Colleges and Universities’ Diversity Discourses—Demar F. Lewis IV
19. Transforming Demography, Democracy, and Discourse Through Diversity in Education and Society—John C. Burkhardt and Marie P. Ting

Penny A. Pasque is the Brian E. & Sandra O’Brien Presidential Professor and Program Area Coordinator of Adult and Higher Education in the Department of Educational Leadership and Policy Studies at the University of Oklahoma. She is also an affiliate faculty with Women's and Gender Studies and the Center for Social Justice at OU.

Currently, Penny serves as the associate editor for The Journal of Higher Education. She has been a proud member of ACPA since 1993 and is an ACPA Diamond Honoree. Penny’s research addresses in/equities in higher education, dis/connections between higher education and society, and complexities in critical qualitative inquiry. She is also the primary investigator for the National Study on Women in Higher Education and Student Affairs.