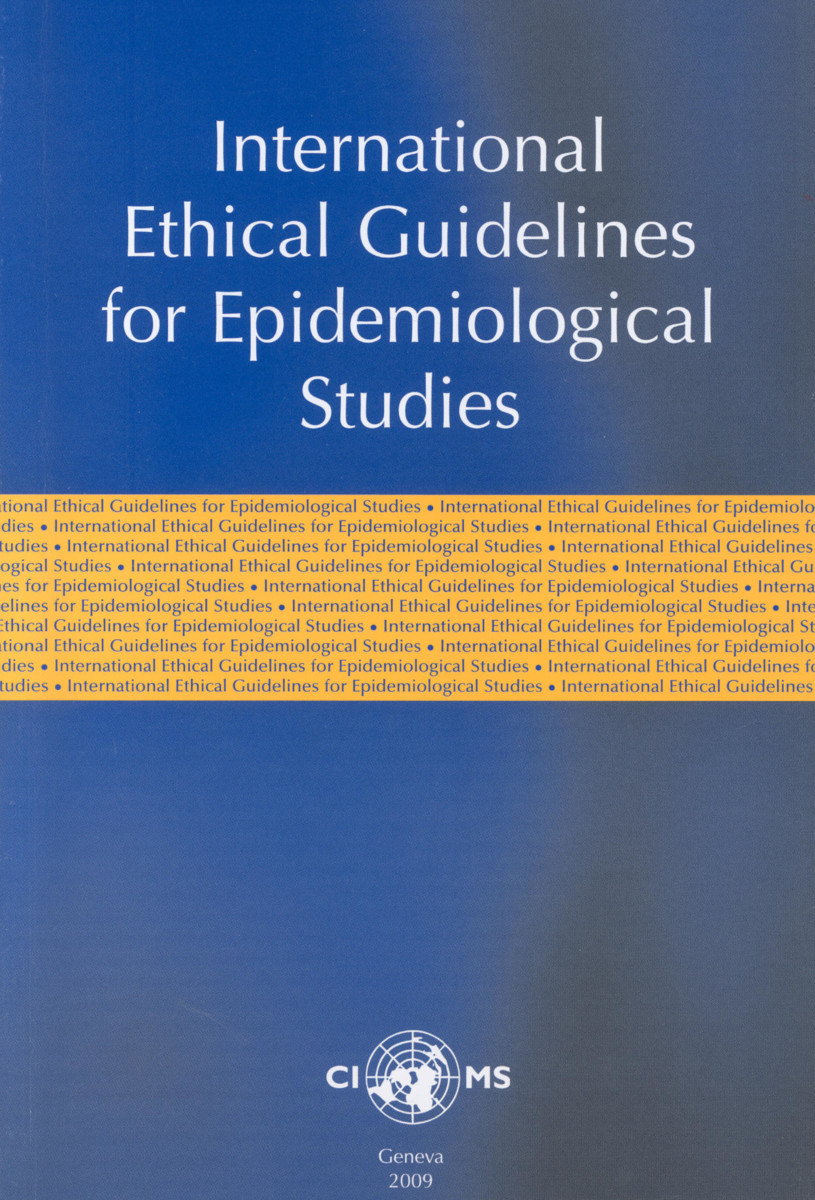 The mere formulation of ethical guidelines for epidemiological research involving human subjects will hardly resolve all the moral doubts that can arise in association with such research. Nonetheless, the present revised Guidelines are intended at least to draw the attention of investigators, sponsors and ethical review committees to the need to consider carefully the ethical implications of research protocols and the manner in which research is conducted, and thus to conduce to high scientific and ethical standards in epidemiological research.

Council for International Organizations of Medical Sciences (CIOMS) is an international, non-governmental, non-profit organization established jointly by WHO and UNESCO in 1949. In 2009 CIOMS celebrated the 60th anniversary of its creation. Through its membership, CIOMS is representative of a substantial proportion of the biomedical scientific community. In 2013, the membership of CIOMS included 49 international, national and associate member organizations, representing many of the biomedical disciplines, national academies of sciences and medical research councils.