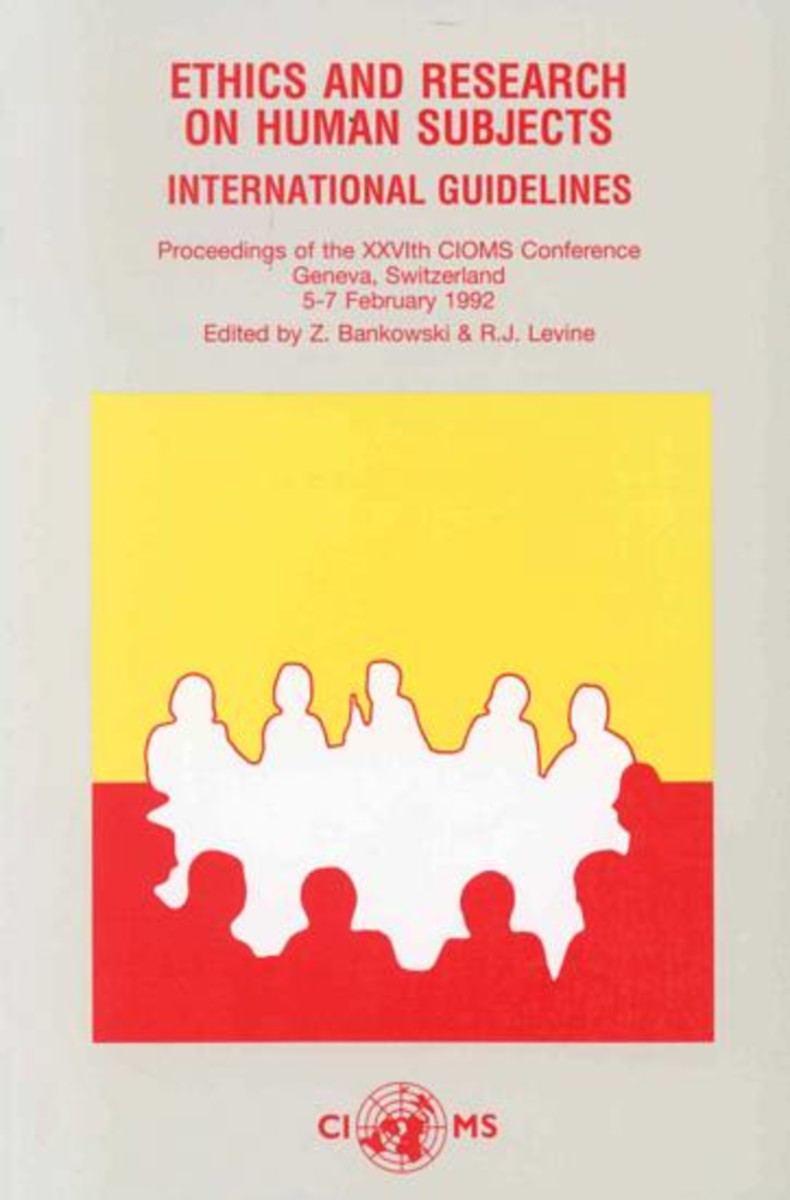 Proceedings of the XXVIth CIOMS Conference

Revisions reflect the need for a fundamental rethinking of several principles embodied in the previous guidelines, which were issued in 1982 by CIOMS largely as guidance on the application to developing countries of the Declaration of Helsinki. The proceedings of the conference reflect the developments in biomedical research and bioethics that had occurred over the previous decade and which pointed to the need to revise the 1982 guidelines. Discussions consider the unique ethical issues raised by HIV infection and AIDS, by the asserted right of HIV-infected people to have access to incompletely tested new treatments, and by the prospect of field trials of candidate AIDS vaccines and drugs. New problems have been raised by studies designed to detect HIV infection and other diseases in large populations by externally sponsored research and by advances in the management of electronically collected and stored data, which call for a rethinking of the principles of confidentiality and informed consent. Chapters also reflect a growing perception that research involving human subjects is beneficial rather than threatening and that vulnerable groups, such as women, children, the elderly, and prisoners should not be deprived arbitrarily of the opportunity to benefit from investigational drugs, vaccines or devices. The guidelines, revised to reflect the consensus of the conference, are also issued as a separate publication (see International Ethical Guidelines for Biomedical Research Involving Human Subjects).