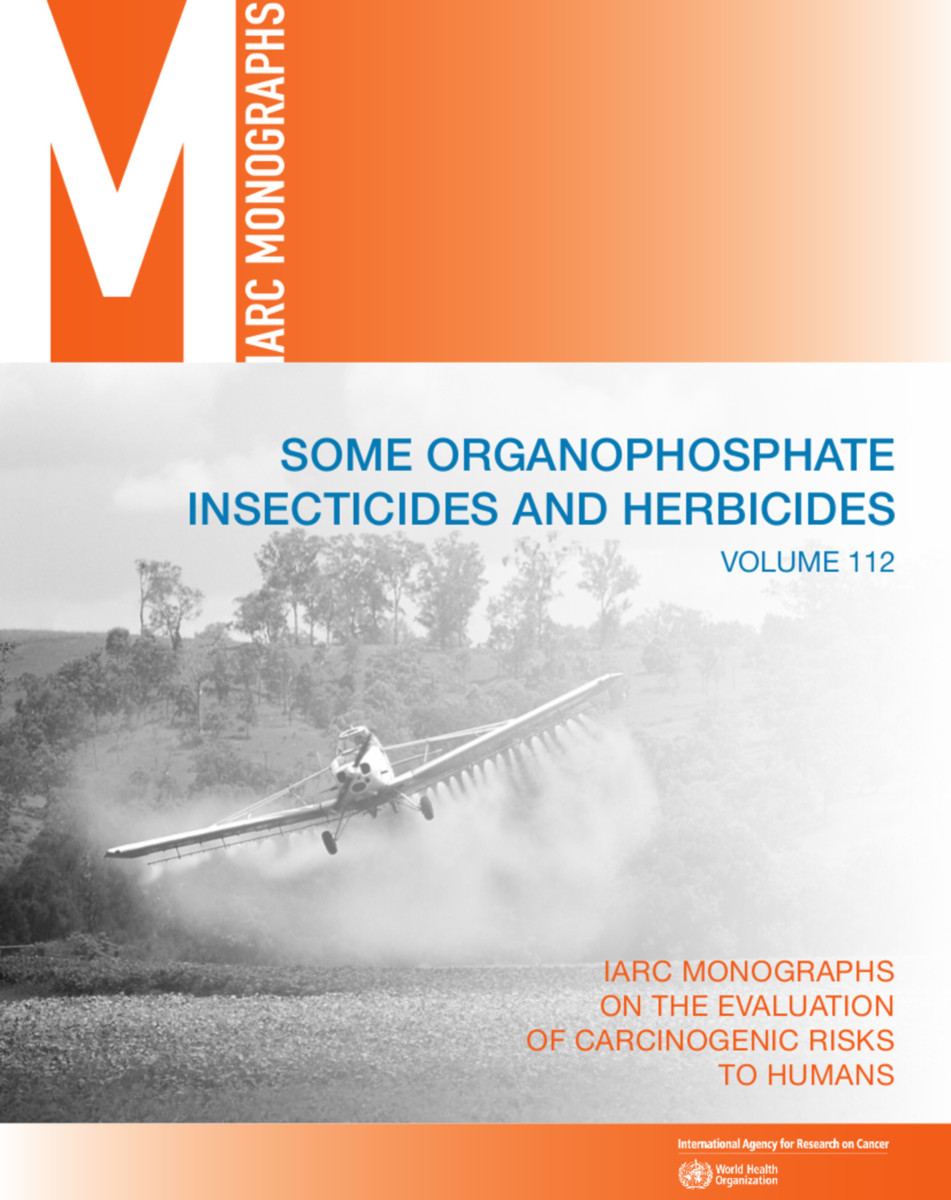 Some Organophosphate Insecticides and Herbicides

This volume of the IARC Monographs provides evaluations of the carcinogenicity of some organophosphate insecticides and herbicides, including diazinon, glyphosate, malathion, parathion, and tetrachlorvinphos.

Diazinon acts on a wide range of insects on crops, gardens, livestock, and pets, but most uses have been restricted in the USA, Canada, and the European Union since the 1980s. Glyphosate is the most heavily used agricultural and residential herbicide in the world, and has been detected in soil, air, surface water, and groundwater, as well as in food. Malathion is one of the oldest and most widely used organophosphate insecticides, and has a broad spectrum of applications in agriculture and public health, notably mosquito control. The insecticide parathion has been largely banned or restricted throughout the world due to toxicity to wildlife and humans. Tetrachlorvinphos is banned in the European Union, but continues to be used in the USA and elsewhere as an insecticide on animals, including in pet flea collars.

The IARC Monographs Working Group reviewed epidemiological evidence, animal bioassays, and mechanistic and other relevant data to reach conclusions as to the carcinogenic hazard to humans of these agents.