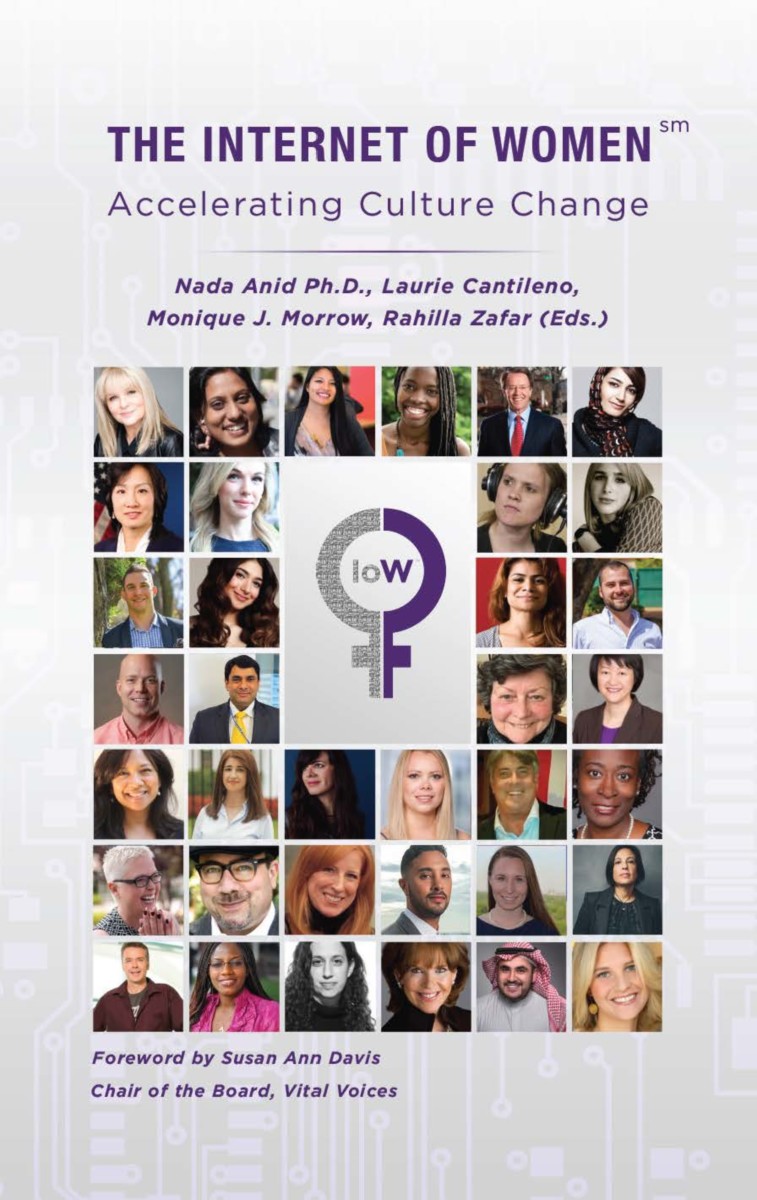 The Internet of Women

Female scientists, technologists, engineers, and mathematicians worldwide are making historic contributions to their fields. The modern workforce is closer to gender-equal than it has ever been, and many efforts are in place to support further progress. The Internet of Women provides an exciting look at personal narratives and case studies of female leaders and cultural shifts around the globe that illustrate this promising trend.

From the United Nations' emphasis on girls and technology education in the SDGs (Sustainable Development Goals) to the increased female labor force in Zambia, a policy change that was inspired by the MDGs (UN Millennial Development Goals), The Internet of Women captures stunning examples of progress from around the world and men working hand in hand with women advocating for cultural change.

Scholars and practitioners lament the lack of women leading and working in leading organizations in the technology industry. Gender equality and female participation in the tech field is critical to both developing and developed economies; nevertheless, this gap remains a global phenomenon.

The lack of female leadership is particularly extreme at the highest echelons of leading technology organizations. Few publicly traded tech companies have female CEOs - in fact, most nations have zero female leadership in the tech industry.

This gap indicates a slow pace of progress for gender equality in tech employment. Women's pay still lags nearly a decade behind, according to the World Economic Forum, meaning that women's on average pay today is the equivalent to that of similarly qualified and similarly employed men in 2006. Without significant progress, the current rate of change will not lead to parity for 118 years, according to the World Economic Forum (WEF).

However there's significant work being done to shift this tide. Take for instance Michelle Lee, the first female Under Secretary of Commerce for Intellectual Property and Director of the United States Patent and Trademark Office (USPTO), reflects on her childhood Girl Scout badge in sewing and cooking and how that memory inspired her to create an IP badge that exposes young women to the process of invention. Social entrepreneur, investor, and Malala Fund co-founder Shiza Shahid shares her efforts beginning from mentoring young women in Pakistan to her current work directing more investment to women innovators around the globe. And Elizabeth Isele, a senior fellow in Social Innovation at Babson College, shares her research on women and ageism saying we need to retire the word retirement.

The book is divided into six parts, each with unique areas of focus:
* Millennials Leading: Exploring Challenges and Opportunities Facing the Next Generation of Women in Technology
* Men and Women Empowering One Another
* Bold Leadership: Women Changing the Culture of Investment and Entrepreneurship
* Educating for the 21st Century
* Breaking the Glass Ceiling: A Generation of Women Forging into Technology Leadership
* Emerging Fields of Technology

The Internet of Women gathers examples about the increasingly inclusive and progressive gender culture in technology from over 30 countries. Stories range from an entrepreneur in Dubai partnering with private and public sector entities to accelerate blockchain technology to a young British woman moving to Silicon Valley to launch an artificial intelligence platform and incubator.

The book is intended for corporations, academic institutions, the private sector, government agencies, gender experts, and the general public, and its key benefit is to let the reader understand a path towards implementing diversity overall globally. It also showcases the strategies, tools, and tactical execution on how to create cultural change in all parts of the world.

"The Internet of Women provides genuine, serious examples from over 30 countries of how real life civic engagement, serious investment, and technology training gives women a voice and the means to get stuff done."

"In Saudi Arabia and much of the Arab world, women are outnumbering men as graduates in computer science and engineering. The Internet of Women captures this incredible evolution in the region and highlights how technology can be an equalizer globally."

"Our lack of knowledge about how our minds really work continues. We still say things like 'right brain' and 'left brain' when referring to either creatives or scientists, whereas technology was originally developed, and referred to by both. In fact, in the Victorian era, 'technology' was referred to as 'useful arts' this then evolved into the Greek term techne, 'science of art' and then came the German term, technik, 'translated ideas' which became technology. Perhaps in order to be an excellent technologist, one has to be a creative/artistic thinker. The more thought we give towards the emotional, artistic and creative sides to technology will surely result in more of a positive impact in long term versus just short term needs. The Internet of Women, are just that ensemble. Looking beyond the horizon. "

Nada Anid is at New York Institute of Technology.

Monique J. Morrow is with The Humanized Internet Institute, Switzerland.

Laurie Cantileno is with Cisco.

Rahilla Zafar is with ConsenSys.