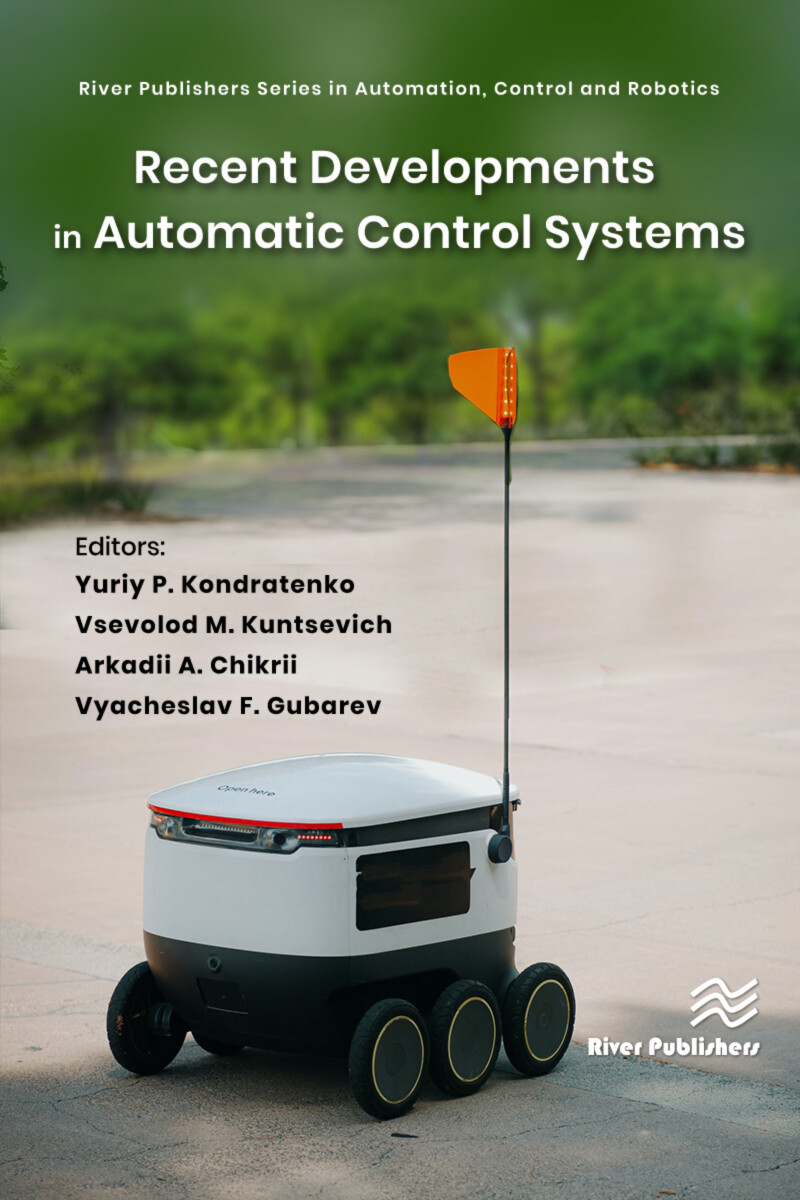 This monograph provides an overview of the recent developments in modern control systems including new theoretical findings and successful examples of practical implementation of the control theory in different areas of industrial and special applications.

The chapters are structured to provide an easy-to-follow introduction to the topics that are addressed, including the most relevant references, so that anyone interested in this field can get started in the area.

Professor Kuntsevich graduated from Kyiv Polytechnic Institute (1952) and has worked at the Institute of Electrical Engineering (1958–1963), Institute of Cybernetics (1963–1996), and Space Research Institute of the National Academy of Sciences of Ukraine and State Space Agency of Ukraine from 1996 to the present.

He is part of the editorial staff of several journals including Problemy Upravleniya I Informatiki and Cybernetics and Systems Analysis. He is the founder of the national school in the field of discrete control systems, and he made a significant contribution to the development of modern theory of adaptive and robust control under uncertainty. He is the author of 8 books and over 250 articles, and is the Chairman of the National Committee of Ukrainian Association on Automatic Control (NMO of IFAC).

Arkadii A. Chikrii is Ph.D. (1972), D.Sci. (1979), Professor (1989), Academician of the National Academy of Sciences of Ukraine (2018), Head of the department “Optimization of Controlled Processes” of the Institute of Cybernetics, NAS of Ukraine.

He is the editor-in-chief of the journal Problemy Upravleniya I Informatiki (since 2020).

He is a specialist in the field of applied nonlinear analysis, theory of extremal problems, mathematical theory of control, theory of dynamic games, theory of search for moving objects, and computer technologies for analysis of conflict situations. He is a disciple and follower of L.S. Pontryagin, N.N. Krasovskii and B.N. Pshenichnyi and is the author of 6 books and over 550 articles.

International higher education has evolved, in some respects, dramatically, over the last decade. Issues, trends and practices have been transformed by one of the most dynamic and tumultuous periods in the history of international higher education, brought on by the pandemic, a re-emergence of nationalism and the recognition of the power imbalances between the developed economics and the global south, and racial inequities within and across borders.

Join the editors of the Handbook of International Higher Education, Second Edition in this first webinar in a series to discuss the big picture of international higher education in moving forward into a post pandemic future.

Co-hosted with the Association of International Education Administrators (AIEA).