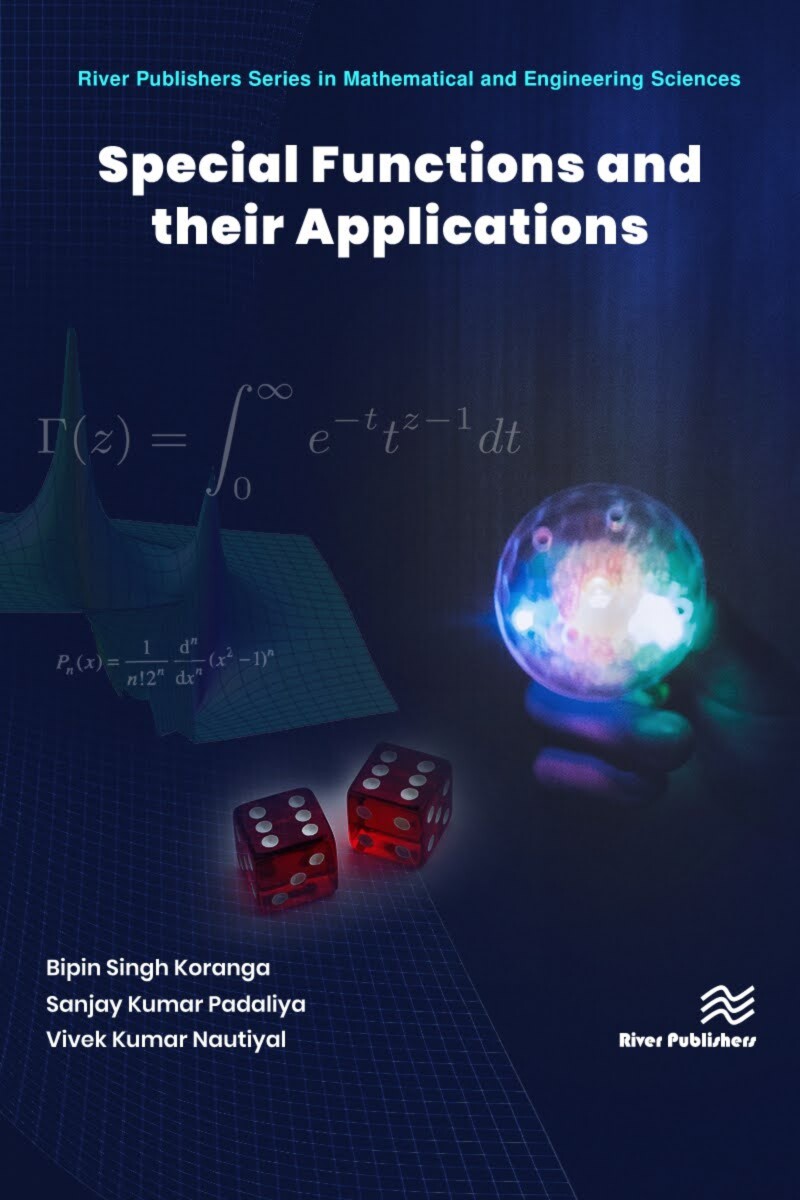 Special Functions and Their Applications

Special functions are mathematical functions that have established names and notations due to their importance in mathematical analysis, functional analysis, geometry, physics, or other applications. This short text gives clear descriptions and explanations of the Gamma function, the Probability Integral and its related functions, Spherical Harmonics Theory, The Bessel function, Hermite polynomials and Laguerre polynomials. Each chapter finishes with a description of how the function is most commonly applied and a set of examples for the student to work through.

1.3 The Logarithmic Derivative of the Gamma Function

1.4 Asymptotic Representation of the Gamma Function for Large |z|

2 The Probability Integral and Related Functions

2.1 The Probability Integral and Its Basic Properties

2.3 The Probability Integral of Imaginary Argument

2.6 Application to the Theory of Heat Conduction

2.7 Application to the Theory of Vibrations

3.2 The Hypergeometric Equation and its Series Solution

3.4 Integral Representations of the Legendre Functions

3.5 Some Relations Satisfied by the Legendre Functions

3.7 Recurrence Relations for the Legendre Functions

4.5 Application to the Optical Fiber

5.6 Application to the Simple Harmonic Oscillator

6.6 Application to the Hydrogen atom

Bipin Singh Koranga is a Graduate from Kumaun University, Nainital. He has been with the Theoretical Physics Group, IIT Bombay since 2006 and received his Ph.D. in Physics (Neutrino Masses and Mixings) from the Indian Institute of Technology Bombay in 2007. He has been teaching basic courses in Physics and Mathematical Physics at the graduate level for the last 12 years. His research interests include the origin of the universe, Physics beyond the standard model, theoretical nuclear Physics, quantum mechanical neutrino oscillation and some topics related to astronomy. He has published over 42 scientific papers in various international journals. His present research interests include the neutrino mass models and related phenomenology.

Sanjay Kumar Padaliya is presently Head, Department of Mathematics, S.G.R.R. (P.G) College, Dehradun. He received his Ph.D. in Mathematics (Fixed Point Theory) from Kumaun University, Nainital. He has been teaching basic courses in Mathematics at graduate and postgraduate level for the last 20 years. His present research interests include Fixed Point Theory and Fuzzy Analysis. He has published over 25 scientific papers in various international journals of repute and has presented his works at national and international conferences. His latest book, An Introduction to Tensor Analysis is published by River Publishers. Dr. Padaliya is also a life member of Indian Mathematical Society, Ramanujan Mathematical Society and International Academy of Physical Sciences.

Vivek Kumar Nautiyal graduated from Lucknow University, Lucknow. He did his M.Tech in Applied Optics from Indian Institute of Technology Delhi in 2014. He has remained up-to-date with Nuclear and Particle physics since 2014 and earned his Ph.D in physics (Neutrinoless Double Beta Decay) from Babasaheb Bhimrao Ambedkar University (A Central University), Lucknow. He has more than three years of teaching experience at graduate and postgraduate level. His research interests include Nuclear and Particle Physics, Neutrino Physics, Physics beyond the standard model and Optics.