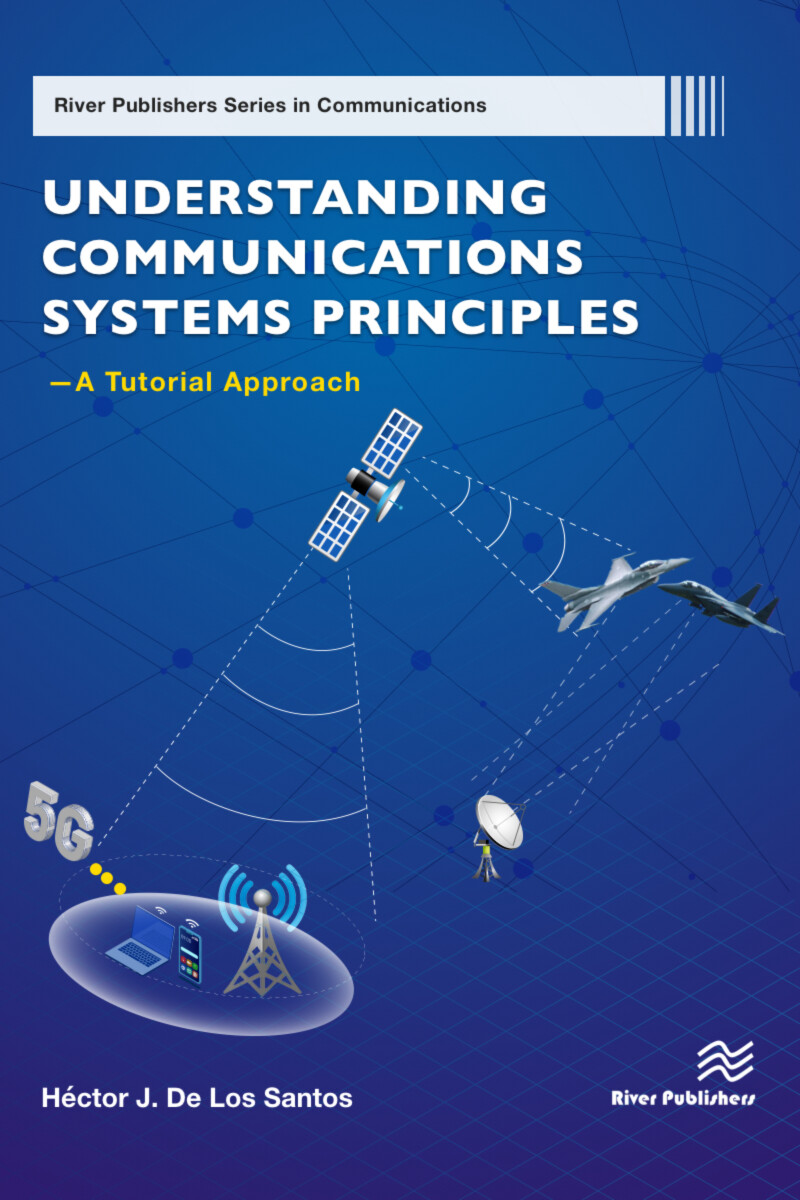 Wireless communications and sensing systems are nowadays ubiquitous: cell phones and automotive radars typifying two of the most familiar examples. This book introduces the field by addressing its fundamental principles, proceeding from its very beginnings up to today's emerging technologies related to the fifth-generation wireless systems (5G), Multi-Input Multiple Output (MIMO) connectivity, and Aerospace/Electronic Warfare Radar. The tone is tutorial. Problems are included at the end of each chapter to facilitate the understanding and assimilation of the material to electrical engineering undergraduate/graduate students and beginning and non-specialist professionals. Free temporary access to Keysight's SystemVue system simulation is provided to further enhance reader learning through hands-on tutorial exercises.

Chapter 1 introduces wireless communications and sensing and in particular how curiosity-driven scientific research led to the foundation of the field. Chapter 2 presents a brief introduction to the building blocks that make up wireless systems. Chapter 3 focuses on developing an understanding of the performance parameters that characterize a wireless system. Chapter 4 deals with circuit topologies for modulation and detection. In Chapter 5 we cover the fundamental transmitter and receiver systems architectures that enable the transmission of information at precise frequencies and their reception from among a rather large multitude of other signals present in space. Chapter 6 introduces 5G, its motivation, and its development and adoption challenges for providing unprecedented levels of highest speed wireless connectivity. Chapter 7 takes on the topic of MIMO, its justification and its various architectures. Chapter 8 addresses the topic of aerospace/electronic warfare radar and finally Chapter 9 presents three Tutorials utilizing the SystemVue simulation tool.

Héctor J. De Los Santos received his Ph.D. in electrical engineering from Purdue University, West Lafayette, IN, in 1989. He founded NanoMEMS Research, LLC, Irvine, CA, a company engaged in Nanoelectromechanical Quantum Circuits and Systems (NEMX) and RF MEMS (NanoMEMS) research, consulting, and education, where he focuses on discovering fundamentally new devices, circuits and design techniques. Prior to founding NanoMEMS in 2002, he spent two years as a Principal Scientist, RF MEMS, at Coventor, Inc., Irvine, CA. From 1989 to 2000, he was with Hughes Space and Communications Company, Los Angeles, CA, where he served as Principal Investigator and the Director of the Future Enabling Technologies IR&D Program. Under this program he pursued research in RF MEMS, quantum functional devices and circuits and photonic bandgap crystal devices and circuits. He holds over 30 U.S., European, German and Japanese patents. His research interests include, theory, modeling, simulation, design and demonstration of emerging devices (electronic, plasmonic, nanophotonic, mechanical systems in the quantum regime, etc.), and wireless communications.

During the 2010-11 academic year he held a German Research Foundation (DFG) Mercator Visiting Professorship at Institute for High-Frequency Engineering and Electronics, Karlsruhe Institute of Technology/University of Karlsruhe, Germany, where his activities included teaching, and conducting research on his DFG-funded project "Nanoelectromechanical Interferometric Tuning with Non-Equilibrium Cooling for Microwave and mm-Wave Electronics." From 2001-2003 he lectured worldwide as an IEEE Distinguished Lecturer of the Microwave Theory and Techniques Society. Since 2006 he has been an IEEE Distinguished Lecturer of the Electron Devices Society. In February 2020 he was bestowed upon the title of Honorary Professor by Amity University, Noida, Delhi-NCR, Uttar Pradesh, India. He is a member of Tau Beta Pi, Eta Kappa Nu and Sigma Xi. He is an IEEE Fellow.