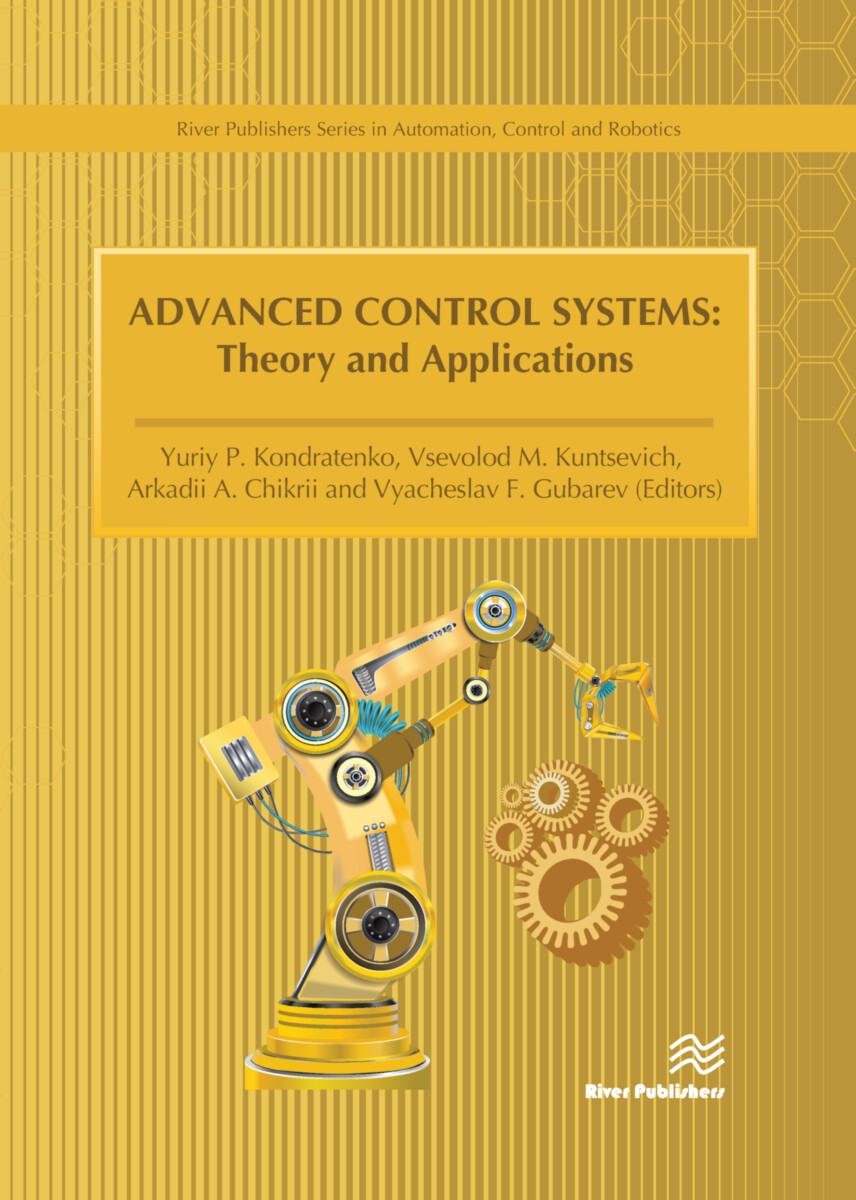 Advanced Control Systems: Theory and Applications provides an overview of advanced research lines in control systems as well as in design, development and implementation methodologies for perspective control systems and their components in different areas of industrial and special applications.

It consists of extended versions of the selected papers presented at the XXV International Conference on Automatic Control “Automatics 2018” (September 18-19, 2018, Lviv, Ukraine) which is the main Ukrainian Control Conference organized by Ukrainian Association on Automatic Control (National member organization of IFAC) and Lviv National University “Lvivska Politechnica.” More than 100 papers were presented at the conference with topics including: mathematical problems of control, optimization and game theory; control and identification under uncertainty; automated control of technical, technological and biotechnical objects; controlling the aerospace craft, marine vessels and other moving objects; intelligent control and information processing; mechatronics and robotics; information measuring technologies in automation; automation and IT training of personnel; the Internet of things and the latest technologies.

The second part “Advances in Control Systems Applications” is based on the chapters which consider different aspects of practical implementation of advanced control systems, in particular, special cases in determining the spacecraft position and attitude using computer vision system, the spacecraft orientation by information from a system of stellar sensors, control synthesis of rotational and spatial spacecraft motion at approaching stage of docking, intelligent algorithms for the automation of complex biotechnical objects, an automatic control system for the slow pyrolysis of organic substances with variable composition, simulation complex of hierarchical systems based on the foresight and cognitive modelling, and advanced identification of impulse processes in cognitive maps.

The chapters have been structured to provide an easy-to-follow introduction to the topics that are addressed, including the most relevant references, so that anyone interested in this field can get started in the area. This book may be useful for researchers and students who are interested in advanced control systems.

Vsevolod M. Kuntsevich is with the Space Research Institute of the National Academy of Sciences of Ukraine and State Space Agency of Ukraine.

Arkadii A. Chikrii is Ph.D. (1972), D.Sci. (1979), Professor (1989), Academician of the National Academy of Sciences of Ukraine (2018), Head of the department “Optimization of Controlled Processes” of the Institute of Cybernetics, NAS of Ukraine.

He is the editor-in-chief of the journal Problemy Upravleniya I Informatiki (since 2020).

He is a specialist in the field of applied nonlinear analysis, theory of extremal problems, mathematical theory of control, theory of dynamic games, theory of search for moving objects, and computer technologies for analysis of conflict situations. He is a disciple and follower of L.S. Pontryagin, N.N. Krasovskii and B.N. Pshenichnyi and is the author of 6 books and over 550 articles.