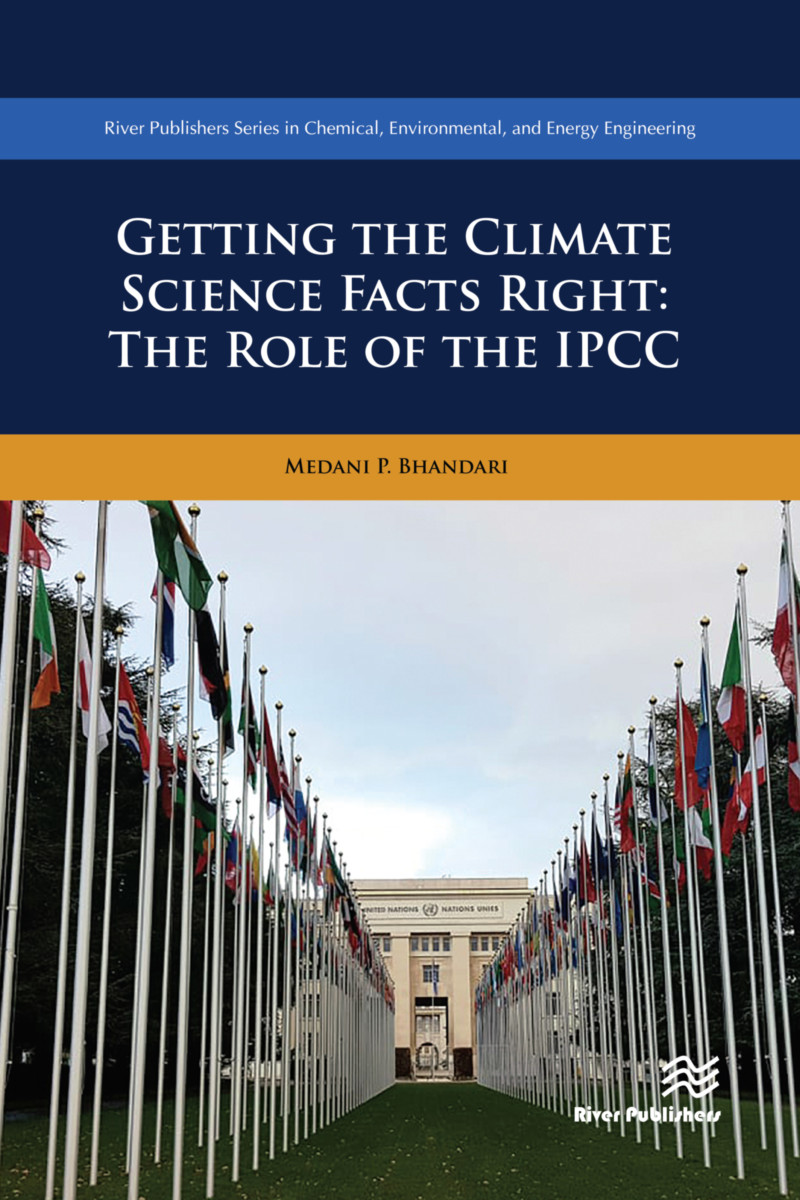 Topics covered in the series include, but are by no means restricted to the following:

Getting the Climate Science Facts Right - The Role of the IPCC

Getting the Climate Science Facts Right - The Role of the IPCC discusses climate change science with reference to the Intergovernmental Panel on Climate Change (IPCC). Addressing climate change is the most important public priority of the 21st Century. Unlike many issues, however, this one is being driven by both science and its interface with politics. The main institution for bridging this division between science and international politics is the IPCC. As such it is the main source of the facts from which climate change policy is developed. This book describes the ways in which the IPCC arrives at these facts and so can be sure they are complete and evidence based.

Seldom in history has science had such a direct relationship with politics. The negotiation of an international policy regime requires, at its outset, an agreement on the facts. In this case, the facts are scientific, complex and contentious. Governments have recognized this and have, by using the IPCC, set up institutional machinery to provide facts from a source and in a manner that they can accept. The way in which the IPCC functions is unique in that it melds the way in which science achieves consensus with the way governments does at the international level. Starting with a process to examine, review and debate scientific findings leading to a consensus about scientific fact, usually expressed as probabilities that the findings will hold over time, the IPCC then concludes by using the kind of consensus-development mechanism that the United Nations typically uses to achieve agreements leading to the formation of policy regimes.

The book examines the structure of the IPCC, its composition and its procedures in order to achieve an understanding of its role and future. This book addresses how climate change science was developed; how climate change impacts have been analyzed by various scholars, agencies, and other stakeholders; what roles international, nongovernmental and governmental organizations play in addressing climate change issues. The book incorporates climate change deniers' arguments and counter arguments. It also does not shy away from some problematic results (for example the immature data interpretation of IPCC, particularly in its 2007 report). Finally, the book also presents a case study of climate change impacts, including air, water and soil pollution, in major South Asian cities.

Role and Historical Account of International Organizations on Climate Change

Pollution in Major Cities of Asia