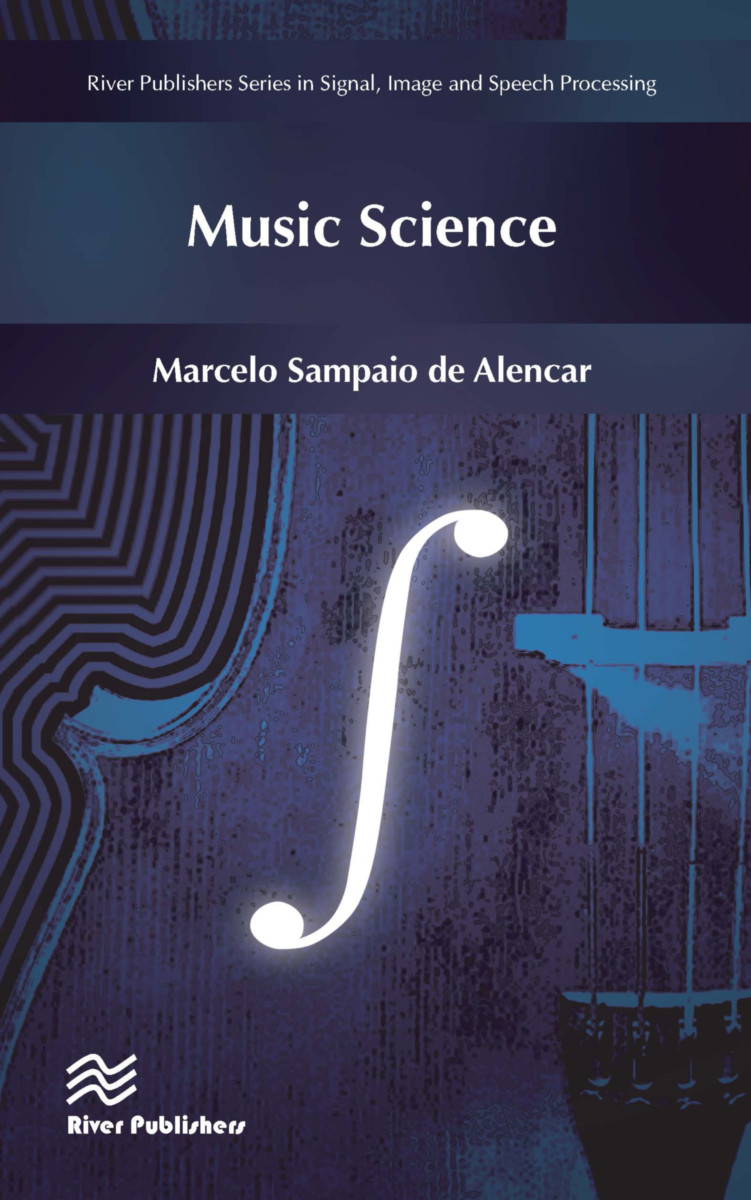 The book presents the fundamentals of music science, followed by a discussion on the historical evolution of music. An introduction to the analysis of signals in time and frequency is presented, which includes sound and noise. Features and mathematical aspects of the sound are discussed, including vibration and timbre.

The creation of major and minor scales is emphasized, along with a study on consonance and dissonance, measure, metric, tempo markings, dynamics, modulation. The book also explains the chord formation, and discusses melody and composition.

The book has four appendices, including an appendix on the basic differentiation and integration theorems, another with useful Fourier tables, and an appendix featuring the notes, their frequencies and wavelengths. The book also has a glossary of music terms.

This book is aimed at musicians, scientists, engineers, mathematicians, physicists, computer analysts. It is also useful for communication and information technology professionals. It is expected to be used as a textbook for courses in Music Science, Music Theory, Sound Theory or Signal Analysis.

Preface
1. Fundamentals of music science, and its relation to other subjects
2. Historical evolution of music, and discusses musical eras
3. Relation between musical science and mathematics
4. Analysis of signals in time and frequency, and the Fourier theory
5. Properties and applications of the Fourier transform
6. Basic definitions of musical science, and musical terminology
7. Features of the sound production, including vibration and timbre
8. Music characteristics and acoustics, including tempo, rhythm and harmony
9. Voice models and voice production, along with sound perception
10. The creation of major scales and the formation of minor scales
11. The study on consonance and dissonance
12. Measure and metric, tempo markings and dynamics
13. Music theory and chord formation, along with definitions of notes, staff and alterations, keys and intervals, tones and associated frequencies
14. Melody the fundamentals of music composition
15. Musical instruments, and the usual formation of orchestras and rock bands
16. Main music styles, that include classic, modern, popular and human voice style
Appendix A: Basic differentiation and integration rules
Appendix B: Properties of Fourier series and transform
Appendix C: List of notes, including their frequencies and wavelengths
Appendix D: Glossary of music terms and acronyms