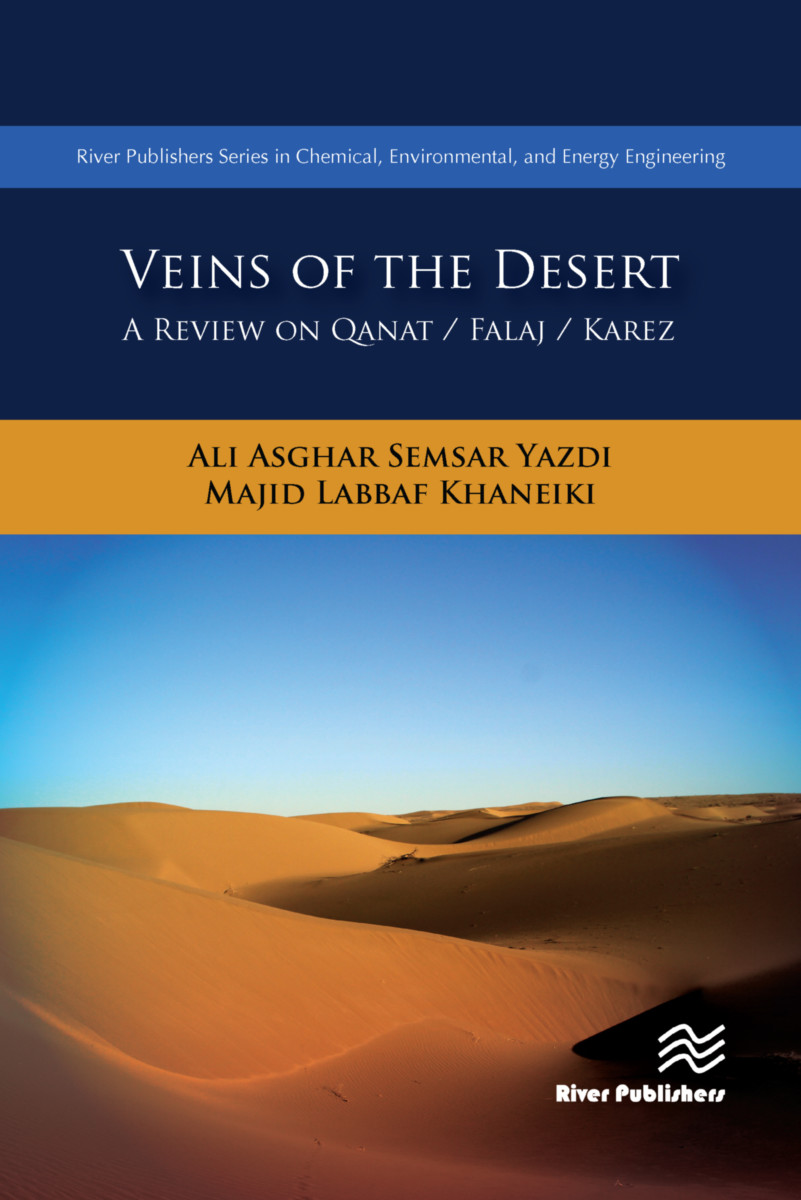 Veins of the Desert

A Review on Qanat / Falaj / Karez

A qanat is a gently sloping subterranean canal which taps a water-bearing zone located at a higher elevation than cultivated lands. It consists of a series of vertical shafts in sloping ground, interconnected at the bottom by a tunnel with a gradient flatter than that of the ground. From the air, this system looks like a line of anthills leading from the foothills across the desert to the greenery of an irrigated settlement. In a traditional realm, qanats are embraced by a socio-economic system which guarantees their sustainability. The facets of this socio-economic system operate closely together and make it possible for the qanats to remain into the future.

Veins of the Desert shows that digging a qanat requires a variety of sciences and technologies, though at a glance a qanat is just a horizontal tunnel which drains out groundwater. A qanat is a feat of technology left from our ancestors—hidden underground, but its technical importance is apparent and not less valuable than such surface structures as bridges, castles, towers, etc. A qanat enjoys extended structures and sometimes its length reaches tens of kilometers. It passes through geological formations and faces different conditions and obstacles; this has led to the accumulation of knowledge in terms of qanat construction over time, which has been handed down from generation to generation. A qanat is one of the most complicated traditional technologies, which requires knowledge on nature ranging from groundwater to management. This indigenous technology is used to bring water efficiently from tens of kilometers away to the thirsty lands.

This book also gives insight into the cultural and social heritages which have crystalized around this technique, still influencing the social life of the people living in such regions as the central plateau of Iran where qanats have been the only means of supplying water. This technology is the focal point of the genesis of a particular civilization in the arid and semi-arid regions of Iran. Thus, the qanat is not only an irrigational means, but it should be seen as a technical and cultural legacy which deserves more attention. This book is a small encyclopedia on the qanat system, providing readers with easy answers to their questions about different aspects of this ancient technology.