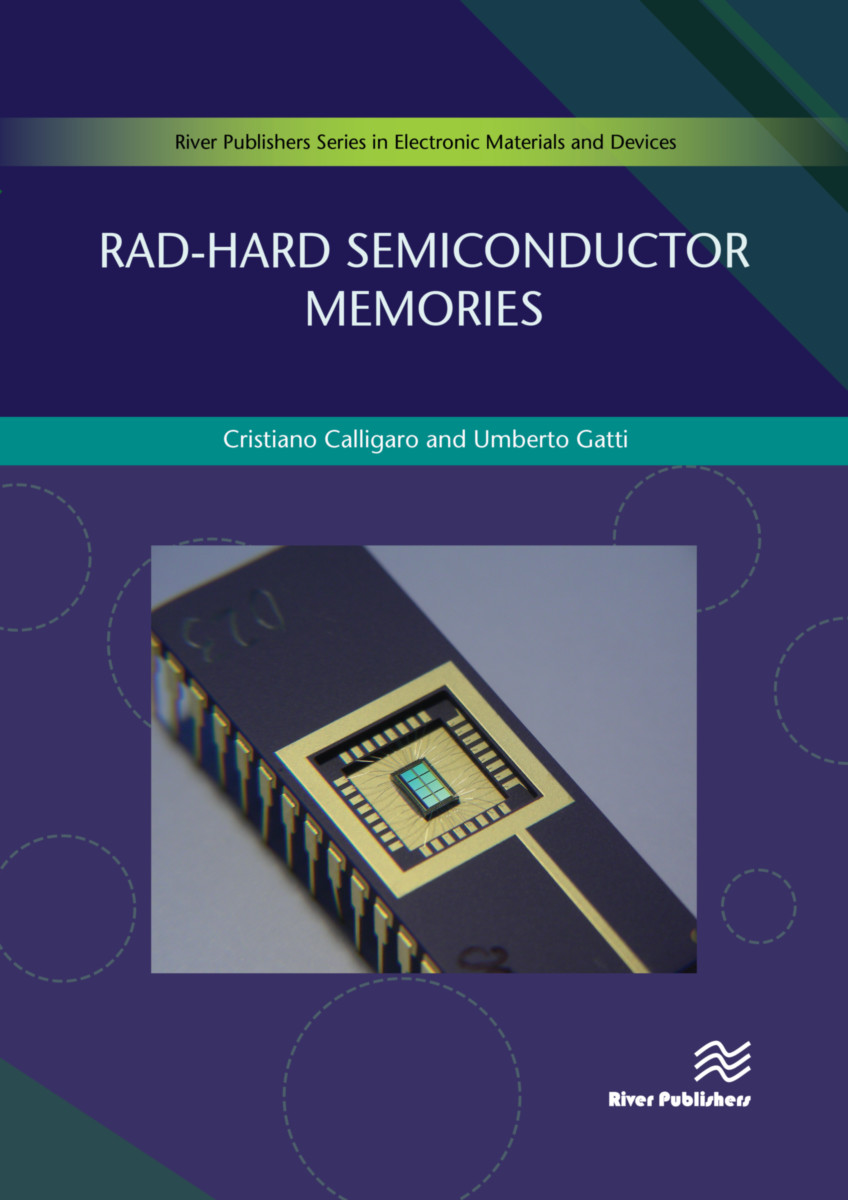 In the first part of the book, a preliminary overview of the effects of radiation in space, with a specific focus on memories, will be conducted to enable the reader to understand why specific design solutions are adopted to mitigate hard and soft errors. The second part will be devoted to RHBD (Radiation Hardening by Design) techniques for semiconductor components with a specific focus on memories. The approach will follow a top-down scheme starting from RHBD at architectural level (how to build a rad-hard floor-plan), at circuit level (how to mitigate radiation effects by handling transistors in the proper way) and at layout level (how to shape a layout to mitigate radiation effects).

After the description of the mitigation techniques, the book enters in the core of the topic covering SRAMs (synchronous, asynchronous, single port and dual port) and PROMs (based on AntiFuse OTP technologies), describing how to design a rad-hard flash memory and fostering RHBD toward emerging memories like ReRAM. The last part will be a leap into emerging memories at a very early stage, not yet ready for industrial use in silicon but candidates to become an option for the next wave of rad-hard components.

Technical topics discussed in the book include:

Cristiano Calligaro received his laurea degree in Electronic Engineering and Ph.D. in Electronics and Information Engineering from the University of Pavia, Italy in 1992 and 1997 respectively. After obtaining his Ph.D. he moved to MAPP Technology. In 2006 he established RedCat Devices as a start-up. During his career he has been involved in memory design (volatile and non-volatile) both for consumer application (multilevel flash memories) and space applications (rad-hard memories) and software design for SEE evaluation using free open-source CAD tools. His current research interest is focused on rad-hard libraries to be used for rad-hard mixed signal ASICs, stand-alone memories (SRAMs and NVMs) and testing methodologies for rad-hard components. He holds 20 patents mainly in the field of multilevel NVMs and is co-author of more than 50 papers and one book (Rad-hard Semiconductor Memories, River Publishers). He has been coordinator of RAMSES and ATENA projects inside the Italy-Israel Cooperation Program, SkyFlash project in the European FP7 Program, and EuroSRAM4Space project in the Eureka Eurostars Program. In 2019 he co-founded BlackCat Beyond as a start-up company focusing on silicon dosimeters for medical applications and RCD Semiconductors as a company focused on the development of silicon components for deep space missions. He is an IEEE Senior Member and Eureka Euripides reviewer.

Dr. Umberto Gatti received the Laurea and his Ph.D. in Electronics Engineering from the University of Pavia in 1987 and 1992, respectively. From 1993 to 1999, he worked in the R&D Lab of Italtel, as ASIC Designer, being involved in modeling analog ICs. In 1999, he joined the Development Technologies Lab of Siemens, where he was Sr. Design ASIC Engineer. Besides developing telecom ICs, he was the coordinator of Eureka-Medea+ projects focused on high-speed sigma-delta converters. In 2008, he moved to Nokia Siemens Networks where he worked as Sr. Power Supply Architect. Since 2012 he is with RedCat Devices as member of the Executive Staff and also holds cooperation with the University of Pavia. During his career, he was involved in the design of data-converters, broadband wireless transceivers, Hall sensors micro-systems and power supply architectures. His current research interests are in the area of rad-hard CMOS ICs, particularly rad-hard libraries and memories (SRAMs and OTP), rad-hard mixed-signal circuits (ADC-DAC), dosimeters, and in testing such components. He holds 2 international patents and is co-author of about 60 papers, one book and book chapters. He is Senior Member of IEEE and serves also as reviewer for magazines and conferences.