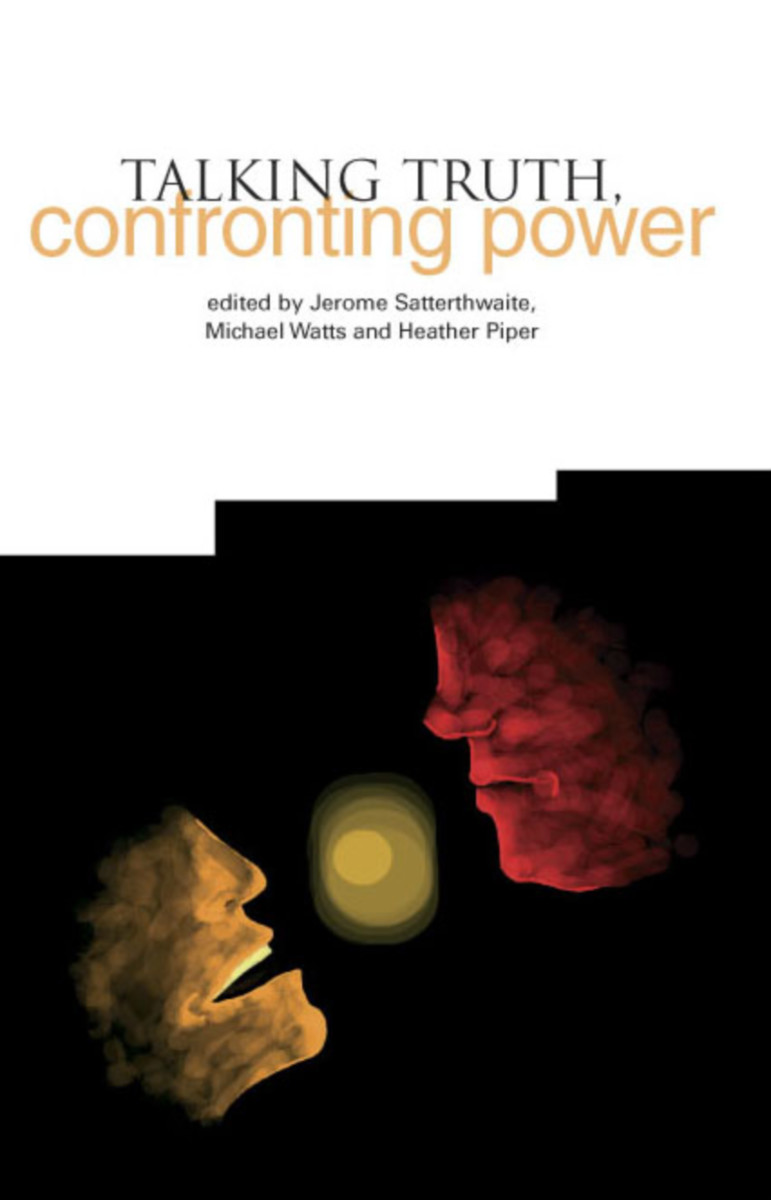 The Discourse, Power, Resistance series has established a reputation for radical critique of the values and practices of contemporary education, and for the steady affirmation of what is best and most significant in emerging educational discourse. The writers in this volume are drawn from eight different countries. They present a penetrating critical analysis of the breakdown of trust in education and beyond, coupled with a down-to-earth account of the way ahead if that trust is to be recovered.

This sixth volume in Trentham’s Discourse, Power, Resistance series brings together an international team of writers to get to grips with the issues of marginalized knowledges and silenced voices, and the ways and means of speaking out.

Part 1, Uncovering Truth, opens with analyses of neoliberal notions of what counts as knowledge. Both criticize the cramped research methodologies that produce it and expose the ruthlessness of the cultural politics at work in the preservation of epistemological orthodoxy. This is illustrated by examples from Canada, Central America and the UK. The arguments of Part 1 are then brought together with a powerful restatement of Edward Said’s critique of cultural imperialism.

Part 2, Talking Truth, challenges the silencing of resistant voices and insists that uncomfortable, disquieting truths must be told. Topics include how education is heading the wrong way, including a model that constructs learners as essentially clients in need of emotional care, thus frustrating their proper aspirations; how marginalized and silenced cultural groups are finding their voices and speaking out; and how unsayable things about race are being said. The book ends with a passionate advocacy of speaking from lived experience as a basis of sound knowledge.

“This collection of essays uses to the full the possible freedoms, both dramatic and insurgent, of intellectual debate. In doing so, the authors offer us a chance to see what academic work can, and should, be like.”

Series Introduction: The Discourse Power Resistance Series: A Reflections—Elizabeth Atkinson; Introduction—Jerome Satterthwaite; 1) The Elephant in the Living Room: Or Extending the Conversation About the Politics of Evidence—Norman K. Denzin; 2) Degrees of Denial: As Global Heating Happens Should we be Education for Sustainable Development or Sustainable Contraction?—David Selby; 3) Vulnerability: Analytical Concept or Rhetorical Idiom—Frank Furedi; 4) Risky Research of Researching Risk: The Role of Ethics Review—Pat Sikes and Heather Piper; 5) Whose Truth? Whose (Who’s In) Power? International Development, Qualitative Methodologies and Science in Central America—Susan Heald; 6) “A Better Place to Live”: School History Textbooks, Nationalist Fantasies, and the Incarcerating Banality of White Supremacy; 7) Narrative Research, Narrative Capital, Narrative Capability—Michael Watts; 8) Speaking Truth to Power: Edward Said and the Work of the Intellectual—Fazal Rizvi; 9) Blaspheming Self-Image: The Reinterpretation of Africa American Identity and Other Disruptions of Contemporary Master Narratives—James Haywood Rolling, Jr.; 10) The “R” Word: Voicing Race as a Critical Problem and Not Just a Problem of Practice—Paul Warmington; Author’s Biographies; Index.

Jerome Satterthwaite teaches in the Faculty of Education at the University of Plymouth. He is the organizer of the annual Plymouth conferences on Discourse, Power, Resistance.